The book has been designed, and produced to be both participatory; a read/write experience where you can comment on and discuss the work with a community. Or, if you wish, a deeper individual learning journey. You can read NSL for free online (just pay online by sending out a tweet about it). Use the video links to find out more about how it works:

→ See all videos and media

No Straight Lines: making sense of our non-linear world from Alan Moore on Vimeo. 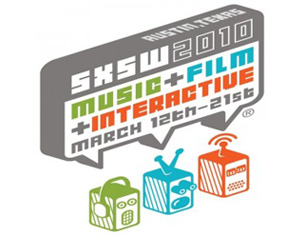 What readers and thinkers are already saying...

‘In the moments between watching and re-watching the Olympic Opening Ceremony in the past 48 hours, I’ve been reading No Straight Lines: Making Sense of Our Non-Linear World by Alan Moore. Alan presents the current array of economic and social problems as a kind of design challenge, where what is being redesigned is the organisation of society as a whole. Insanely ambitious, but I rather like that. In sum: “Imagine the impossible, then create it.” Our hero Danny Boyle would agree.

– Diane Coyle, OBE; Vice Chairman BBC Trust; Economist; author of The Economics of Enough: How to Run the Economy as If the Future Matters, The Soulful Science.

‘Alan Moore is a visionary, someone who takes concepts from many sources and finds the previously hidden relationship between them. He has a firm grasp of the changes which are reshaping our world, always pointing towards a more participatory, cooperative, reciprocal model of what our society might look like’.

‘No straight lines offers a path out of a traditional frame of linear thinking and problem solving that leads to dead ends and into an intuitive, nuanced way of approaching what was unsolvable that values complexity that is invigorating and valuable’.

‘No Straight Lines is a passionate and intelligent book that explores the insanity of humankinds desire to organise itself along engineered technical, mechanistic lines when we are part of the natural world which is fluid, adaptive and asymmetrical. You find no straight lines in nature. Anyone who is interested in the future, interested in how our aspirations to work in a way that satisfies our creative intent and frankly, anyone who has an interest in the true nature of happiness – should read this important book. You don’t have to agree with everything Alan Moore says, because that is the point – the essence of success lies in adapting what you need to what you do. This is a great achievement and I commend this book to you’.

‘Anyone worried about where business is going in today’s chaotic world – and everyone concerned with where it should be going – must read No Straight Lines. Alan Moore has captured what is happening, but more importantly provides prescriptions for what individuals, companies, and society should do about it to create a better world’.