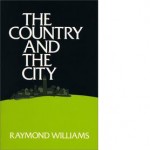 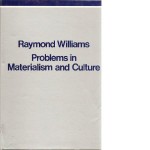 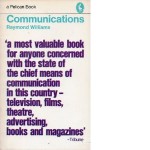 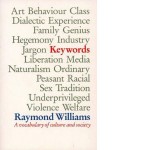 
The earliest ideas on culture, Mr. Williams claims, developed in opposition to the laissez-faire society of the political economists. As the ideas on culture took shape, on the one hand, they became identified with a ‘whole way of life.’ On the other hand… culture became a court of appeals where real values could be determined. Culture, thus separated from the whole society, was associated with the idea of perfection through the study of the arts… Mr. Williams contrasts the ideas of ‘ culture as art’ and ‘culture as a whole way of life,’ and commends the latter

Raymond Williams is writing from a working-class perspective but he is a working-class kid who also happened to attend Cambridge. Writing from this unique perspective allows him to identify with both the great cultural thinkers of the past and with the “masses” that they feared. Coleridge and Carlyle felt that the masses were incapable of governing themselves and contributing to the continued cultivation of society(a notion that continues to inform much of modern conservastism). Williams suggests that it is a mistake to think of men as “masses” and that for society to grow it must remain open, and that society must encourage individual effort from all segments of society while continuing to value and cultivate a collective way of life. Exactly how society is to do this is explained only in vague platitudes.

The best and strongest part of the book is the early portion that examines the definition of “culture” as opposed to “society”. The argument gets fuzzy around the time of Matthew Arnold who could not quite decide just what constitutes “culture”. In the nineteenth-century “culture” is tied to religious tradition in the minds of Burke, Coleridge, Carlyle and Newman. Beginning with Arnold, however, cultural critics attempt to define “culture” without reference to religion. This proves to be difficult as “culture” describes not only all the best that has been thought but also refers to a body of values that have been passed down and religious institutions are just as powerful, if not moreso, than economic institutions. It is at this point when one begins to question the materialist approach to history.

The book is an excellent study of what it means to live in a world in transition and how difficult it is to properly define a “common culture” in a world that regularly undergoes cultural shifts. Society struggles on between two cultural ideologies; between the religious conservatives and the liberal-democrat reformers. In the best portion of Culture and Society Williams describes how J.S. Mill tried to find some way of melding the two ideologies into one.