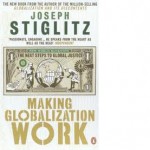 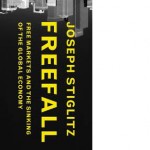 Readers of Globalization and Its Discontents will already be familiar with the controversy and organised resistance that globalisation has generated around the world due to massive media coverage, yet explaining what globalisation actually means in practice is a complicated task. For those wanting to learn more, this book is an excellent place to start. An experienced economist, Joseph Stiglitz had a brilliant career in academia before serving for four years on President Clinton’s Council of Economic Advisors and then three years as chief economist and senior vice president of the World Bank. His book clearly explains the functions and powers of the main institutions that govern globalisation–the International Monetary Fund, the World Bank and the World Trade Organization–along with the ramifications, both good and bad, of their policies. He strongly believes that globalisation can be a positive force around the world, particularly for the poor, but only if the IMF, World Bank and WTO dramatically alter the way they operate, beginning with increased transparency and a greater willingness to examine their own actions closely. Of his time at the World Bank, he writes, “Decisions were made on the basis of what seemed a curious blend of ideology and bad economics, dogma that sometimes seemed to be thinly veiling special interests … Open, frank discussion was discouraged–there was no room for it.” The book is not entirely critical, however: “Those who vilify globalization too often overlook its benefits,” Stiglitz writes, explaining how globalisation, along with foreign aid, has improved the living standards of millions around the world. With this clear and balanced book, Stiglitz has contributed significantly to the debate on this important topic.
Shawn Carkonen