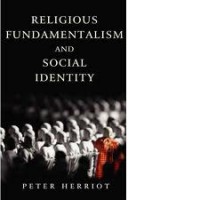 
How does a religious fundamentalist come to embrace a counter-cultural world view?
Fundamentalism can be analysed from a variety of perspectives. It is a type of belief system which enables individuals to make sense of their lives and provides them with an identity. It is a social phenomenon, in which strictly religious people act according to the norms, values, and beliefs of the group to which they belong. It is a cultural product, in the sense that different cultural settings result in different forms of fundamentalism. And it is a global phenomenon, in the obvious sense that it is to be found everywhere, and also because it is both a reaction against, and also a part of, the globalising modern world.

Religious Fundamentalism deals with all of these four levels of analysis, uniquely combining sociological and psychological perspectives, and relating them to each other. Each chapter is followed by a lengthy case study, and these range from a close textual analysis of George W. Bush’s second inaugural speech through to a treatment of Al-Qaida as a global media event.

This book provides a comprehensive social scientific perspective on a subject of immense contemporary significance, and should be of use both to university students and also to students of the contemporary world.