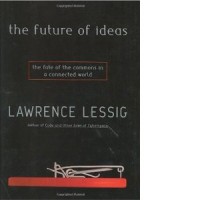 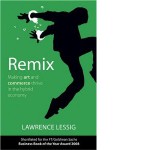 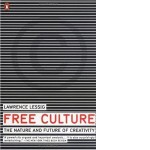 
In The Future of Ideas, Lawrence Lessig explains how the Internet revolution has produced a counterrevolution of devastating power and effect. The explosion of innovation we have seen in the environment of the Internet was not conjured from some new, previously unimagined technological magic; instead, it came from an ideal as old as the nation. Creativity flourished there because the Internet protected an innovation commons. The Internet’s very design built a neutral platform upon which the widest range of creators could experiment. The legal architecture surrounding it protected this free space so that culture and information–the ideas of our era–could flow freely and inspire an unprecedented breadth of expression. But this structural design is changing–both legally and technically.

This shift will destroy the opportunities for creativity and innovation that the Internet originally engendered. The cultural dinosaurs of our recent past are moving to quickly remake cyberspace so that they can better protect their interests against the future. Powerful conglomerates are swiftly using both law and technology to “tame” the Internet, transforming it from an open forum for ideas into nothing more than cable television on speed. Innovation, once again, will be directed from the top down, increasingly controlled by owners of the networks, holders of the largest patent portfolios, and, most invidiously, hoarders of copyrights.

The choice Lawrence Lessig presents is not between progress and the status quo. It is between progress and a new Dark Ages, in which our capacity to create is confined by an architecture of control and a society more perfectly monitored and filtered than any before in history. Important avenues of thought and free expression will increasingly be closed off. The door to a future of ideas is being shut just as technology makes an extraordinary future possible.

With an uncanny blend of knowledge, insight, and eloquence, Lawrence Lessig has written a profoundly important guide to the care and feeding of innovation in a connected world. Whether it proves to be a road map or an elegy is up to us.