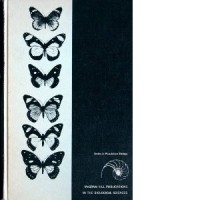 Modern evolutionary theory is the great unifying concept of biology. It represents the major theoretical triumph of the biological sciences-an all-embracing theory which attempts to explain the manifold complexities of biological phenomena. The biochemist attempting to understand the genetic code, the neurophysiologist probing the complex mechanisms of the mind, the embryologist seeking to understand how one tissue affects the development of another indeed, all biologists, are working on problems whose theoretical significance can be measured only by their contribution to our understanding of evolutionary phenomena. The biochemist may be able eventually to cure cancer, the neurophysiologist to understand mental disorders, and the embryologist to discover how the genetic code is translated into an organism. But, without a theory that interrelates all these phenomena, their work would have only applied significance.

The central position of evolution in biology has long been recognized. Nevertheless, most laymen and many biologists are largely ignorant of modern evolutionary theory. This book is an attempt to supply a reasonably concise volume dealing with organic evolution. It has been written for the reader concerned more with the process of evolution than with its products per se. There are no pictures of dinosaurs, no taxonomic descriptions of organic diversity, and no discourses on the history of evolutionary thought.