Barber held the positions of Gershon and Carol Kekst Professor of Civil Society and Distinguished University Professor at the University of Maryland, College Park School of Public Policy, and he is Walt Whitman Professor Emeritus at Rutgers University; he is currently president and director of the Interdependence Movement and the NGO “CivWorld” at Demos, and its annual Interdependence Day event on September 12. He is a,[1] distinguished senior fellow at Demos.[2] As a political theorist, Barber argues for a renewed focus on civil society and engaged citizenship as tools for building effective democracy, particularly in the post-Cold War world. His current work focuses on global democratic governance and the relationship between the arts and democracy. Benjamin Barber has been a Senior Fellow at the USC Center on Public Diplomacy since 2005. He was an outside adviser to Present Bill Clinton, a foreign policy adviser to Howard Dean’s 2004 Presidential campaign and continues to counsel political leaders in America and abroad. 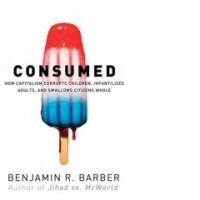