James Boyle is a Scottish legal academic who is currently the William Neal Reynolds Professor of Law and co-founder of the Center for the Study of the Public Domain at Duke University School of Law in Durham, North Carolina. He was one of the founding board members of Creative Commons, and formerly held the position of Chairman.He also co-founded Science Commons, which aims to expand the Creative Commons mission into the realm of scientific and technical data, and ccLearn, a division of Creative Commons aimed at facilitating access to open education resources. Boyle graduated from the University of Glasgow in 1980 and subsequently studied at Harvard Law School. He joined Duke University School of Law in July 2000. He has previously taught at the American University, Yale, Harvard, and the University of Pennsylvania Law School. 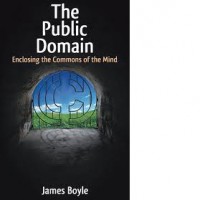 The Public Domain: Enclosing the commons of the Mind