John Keane (born 1949) is an Australian-born British political theorist. Educated at the Universities of Adelaide, Toronto and Cambridge, Keane is currently Professor of Politics at the University of Sydney. He spends a quarter of his time as visiting professor at the Berlin Social Science Research Center (the Wissenschaftszentrum Berlin, or WZB).

In 1989 Keane founded the Centre for the Study of Democracy at the University of Westminster. In recent years, Keane has held the Karl Deutsch Professorship in Berlin and served as Gavron Fellow of the think-tank, the Institute for Public Policy Research (IPPR). 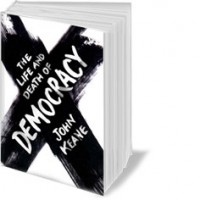 The Life and Death of Democracy