Dr. Leonard Shlain was an American surgeon and writer; he authored three books. Shlain was Chairman of Laparoscopic surgery at the California Pacific Medical Center in San Francisco and was an Associate Professor of Surgery at UCSF. He was a speaker at such venues as the Smithsonian, Harvard University, Salk Institute, Los Alamos National Laboratory, NASA Johnson Space Center and the European Union’s Ministers of Culture. In 1999, he was a contributor to Academic Press’ Encyclopedia of Creativity, edited by Mark Runco and Steven Pritzker. 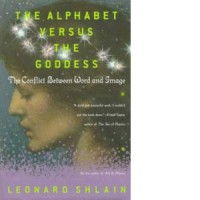