Carr originally came to prominence with the 2003 Harvard Business Review article “IT Doesn’t Matter” and the 2004 book Does IT Matter? Information Technology and the Corrosion of Competitive Advantage (Harvard Business School Press). In these widely discussed works, he argued that the strategic importance of information technology in business has diminished as IT has become more commonplace, standardized and cheaper. His ideas roiled the information technology industry. spurring heated outcries from executives of Microsoft, Intel, Hewlett-Packard and other leading technology companies, although other commentators defended his position. In 2005, Carr published the controversial article “The End of Corporate Computing” in the MIT Sloan Management Review, in which he argued that in the future companies will purchase information technology as a utility service from outside suppliers. 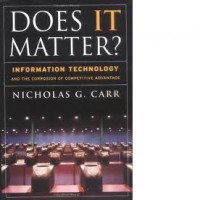 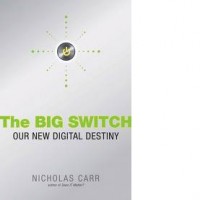