Davies has written extensively as a freelancer, as well as for The Guardian and The Observer, and been named Journalist of the Year, Reporter of the Year and Feature Writer of the Year at the British Press Awards. He was the winner of the first Martha Gellhorn Prize for Journalism in 1999. Davies has made documentaries for ITV’s World in Action, and written numerous books on the subject of politics and journalism, including Flat Earth News, which attracted considerable controversy as an exposé of journalistic malpractice in the UK and across the globe.[4] As a reporter for The Guardian, Davies was responsible for uncovering the News of the World phone hacking affair, including the July 2011 revelations of hacking into the mobile phone voicemail of murdered schoolgirl Milly Dowler. 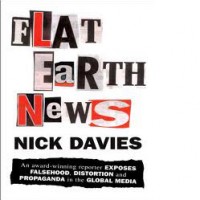