William Patrick is a writer and editor best known for his work in science and humanistic psychology. Along with social neuroscientist John Cacioppo he is co-author of Loneliness: Human Nature and the Need for Social Connection. In 2007 he helped found The Journal of Life Sciences, a magazine covering the social implications of biomedical science. He is also the author of two well-regarded suspense novels dealing with scientific themes.

At Harvard University Press, Patrick focused on evolutionary biology, acquiring and editing works by such distinguished scientists as Edward O. Wilson and Jane Goodall. While working at Harvard he wrote Spirals (Houghton, 1983), a novel set in Cambridge during the early days of cloning and recombinant DNA research. His next work of fiction was Blood Winter (Viking, 1990), a thriller about germ warfare which the Wall Street Journal described as “A dazzling achievement, both gripping and moving, lurid and achingly sad….as authoritative as the fresh early best of Greene and le Carre.” 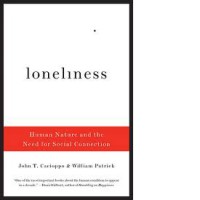 Loneliness: Human nature and the need for social connection