Alice in wonga land, how payday loans make a profit 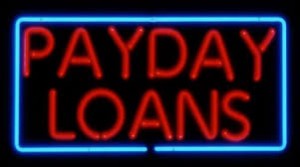 In the process of working on No Straight Lines I have written about our financial system, from pensions, to venture capital and retail banking. How money flows, and who it flows too is key to defining our current cultural, social and economic context. Sadly.

In the UK 7 million people, I will write it again, 7 million people are unbanked. Meaning, they have no access to a bank account, they have no means of credit and I believe that is a systemic failure of our retail banking system. Ask yourself this question, could you live in today’s world without a credit card and the hole in the wall? Go on try it for a month, live on cash and the cash you don’t have!

Yet 7 million people have to live that existence in the UK everyday. And, because our government has chosen austerity as a core strategy, many more are people struggling to make ends meet (spare bedroom tax), to pay the bills, rents, and the weekly shopping bill. Consequently pay day lending is a £2bn business, and that is why we see a venture capital backed businesses such as Wonga entering the market. They are, they say, meeting a real need, but the question is, are they delivering to the social and collective good? The answer is no. Wonga is a money extraction system, extracting money from communities that can ill afford it, sending it to venture capitalists who expect significant returns on their investment. They have a war-chest of a marketing budget spending £16m on TV advertising that play in the prime time TV schedule. And will be sponsoring Newcastle United. In June, Wonga raised the standard interest rate it quotes on its website to 5,853% APR, leading to renewed calls from poverty campaigners for a cap on the cost of short-term credit. So someone borrowing £200 for a month from Wonga will typically pay back £270.

So lets say hypothetically, you are at your local bank for a loan, maybe for a down payment on your new car or home, that you are told that the APR is 1500%+ what would you say?

As Bruce Willis once said in the TV detective series Moonlighting, ‘how low can you go?’ Or, as Alice Pettifo described it, ‘we are on the road to Wongaland.’

Below is a post from Faisel Rahman, founder of the company Fair Finance. Fair Fiance also lend money to those the banks have left behind, but they want to help people, and their communities. They are engaged in tackling the exact same challenge. Yet one has an aesthetic geared towards the collective good, the other merely fracking our societies for cash extraction.

How Payday Makes  Profit: Payday loan company WONGA reported £1m profit per week for 2012. Charging 5500% APR on each of its 1m loans last year it’s now the biggest payday lender in the UK. It’s not alone with many other payday firms reporting increases in turnover and profits over the last 3 years. Errol Damelin the CEO of WONGA states that he hardly thinks a £200 loans get people into trouble. He’s right, cry the campaigners, it’s the thousands of per cent interest you charge on it, so lets cap it.  Actually he’s right and the campaigners are wrong, on both counts.

Loan repayments: Most people who take out a Payday loan set up repayments with their debit card details. The agreement they sign to allow this to happen is known as a Continuous Payment Authority (CPA). These are widely used by the utility companies, retailers, hotels, gyms and lending companies. It gives the merchant the power to take money out of your account via your Debt Card, and it allows them to take money out of your account in the future.

Its not a Direct Debit and if you wanted to cancel it you needed to tell the retailer to stop using it – you couldn’t simply cancel it yourself, the merchant could automatically reinstate collections.

Bending the rules of lending law: In 2009 the law changed so that if you tell your bank to cancel the payments they must do so. If the bank continues to allow payments out of your account then they need to refund you and reimburse any charges and costs.

However banks have not always applied these rules, and since 2009 have wrongly argued that it doesn’t apply to a single payment taken by a payday firm, even if the lender takes more than one amount from your account to cover that payment. They’ve argued it’s the payday lenders responsibility to stop taking payments. Since 2009 the FSA on one side (representing the banks who look after your bank account), and the OFT on the other (representing credit providers who use the CPA to take money from you) have argued that its the other who’s responsible to ensure customers are protected. Most MPs until recently have remained oblivious.

Your money is not safe: The net effect? Once you take a payday loan it is impossible for you to stop them taking money out of your account. You cannot cancel the payments and your bank will allow the firm to reinstate payments. If you’d wanted to stop paying you’d actually have to close your bank account and open a new one!

Illegality: I’ve worked with an investor in a payday firm who tells me that the CPA is illegal in the US. In the firm they’ve invested into the use of the CPA contributes about 80% of their profits. A bank that I’ve worked with has told me that they know many of their client’s accounts get ‘pinged’ by payday firms up to 50 times a day on the chance that they might have some money in the account. So how do WONGA and other payday firms make money? It’s not just the interest rate, it’s the fact they can hardly ever lose their money.

Payday loans are not cheap and there are many bad things about the industry and how it operates, but it is clear that they are useful for some. If campaigners were focused on trying to make this market work better rather than thinking that a simple price cap would make a difference, they might actually help those who’ve been taken advantage of. I suspect you would only know and understand the CPA issue if you were in the industry or had actually taken out a payday loan. We gave this evidence to the Public Accounts Committee in January and were heartened that the FCA clarified that payday loan repayments could be cancelled if you told you bank, closing this loophole and giving people who’ve incurred charges since 2009 some redress.

The question now is: will someone do something useful and launch a class action to find out how much of the £2bn taken out of accounts by payday lenders over the last 4 years shouldn’t have been?