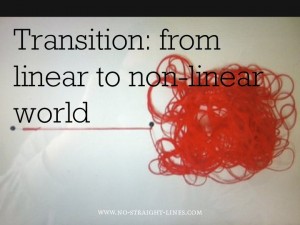 The No Straight Lines challenge: be realistic imagine the impossible, then create it. The Self-Assembly Lab at MIT is a cross-disciplinary research lab made up from: designers, scientists and engineers inventing self-assembly technologies aimed at re-imagining the processes of construction, manufacturing and infrastructure in the built environment. Craftsmanship in a non-linear world, self-assembly they say is a process by which disordered parts build an ordered structure through only local interaction.