Introduction: we are without a doubt moving into a non-linear world, a world that presents us with great challenges and of course great opportunities. Sir Crispin Tickells an early pioneer in the UK of foresight and change shares his views and thoughts on the need to think differently about the world we live in. How do we deal with climate change – he says we face a design challenge.

Now is the time when we need a way of evaluating of what comes next, when we face a world that has gone in a very short period of time from seemingly linear (simple) to complex and non-linear (chaotic). When we move into a world that is inherently more complex, the result is concussive, its disorientating effects surround us, and our responses either individually or at an organisational level result in reflexes and perspectives that can be dangerously corrosive or inappropriate. And yet, this chaos seems to be, if anything, accelerating. At this very moment, great debates are raging. The spanners are in the works, defined by 9/11 (we now talk about asymmetrical warfare) and the near collapse of the world banking system (and its asymmetrical impact on every single one of us). And, as the global centre of economic gravity moves east, this has set off a series of events that are having significant asymmetric economic effects on societies around the world. These are but three examples of faultlines creating battles, ideological or otherwise, that are exploding and imploding at the same time. They all surfaced in a single decade. Though it is important to add that their gestation period has been much longer and are indeed multidimensional. These challenges are highly interlinked and interdependent, so  a one-size-fits-all response just won’t do. There are no longer simple problems; what we face is the trilemma of a complex world. This book does its best to face them, because we are in more than just an economic crisis; it is equally political, educational, spiritual and moral.

The biggest challenge we face is cultural. How we contextualise (make sense of) the world around us determines how we engage and what action we take. Those actions then determine the outcomes we must live with and this requires a change from our industrial mindset and behaviour to one that is more cognisant of what is now seen as a non-linear world. 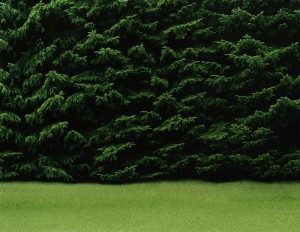