i disrupts the future of work 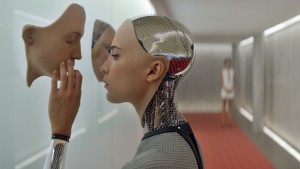 The future work redefined by all things AI and machine to machine.

What does the future of work look like? Recent reports state that many jobs (42% in the USA) will disappear through machine to machine automation, IoT, and Artificial Intelligence. A terrible thing, or, a good thing? What we do see as The Atlantic states is the diminishment of human labor as a driver of economic growth. For example, Loukas Karabarbounis and Brent Neiman, economists at the University of Chicago, have estimated that almost half of the decline is the result of businesses’ replacing workers with computers and software. In 1964, the nation’s most valuable company, AT&T, was worth $267 billion in today’s dollars and employed 758,611 people. Today’s telecommunications giant, Google, is worth $370 billion but has only about 55,000 employees—less than a tenth the size of AT&T’s workforce in its heyday. A recent KPMG report supports this view from a less US centric perspective, suggesting over the next 10 years, the work of 110 million to 140 million knowledge workers around the globe may be handled by cognitive robotics technology.

Below a short interview with the author Derek Thompson

So there is no doubt that we will see a dramatic evolution in the nature of work, having a significant impact on politics, legislation, taxation and the redistribution of wealth (also political), and also human identity and wellbeing.

But perhaps argues The Atlantic, this offers us all a great opportunity to return to a way of existing, of unifying making and creating together for a more fulfilling life. Lawrence Katz, who specialises in the economy of labour writes, the factories that arose more than a century ago,

“could make Model Ts and forks and knives and mugs and glasses in a standardized, cheap way, and that drove the artisans out of business,” Katz told me. “But what if the new tech, like 3-D-printing machines, can do customized things that are almost as cheap? It’s possible that information technology and robots eliminate traditional jobs and make possible a new artisanal economy … an economy geared around self-expression, where people would do artistic things with their time.”

New tools for a new economy.