Edward Snowden and the battle for internet freedom 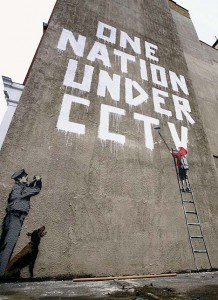 Who would have thought even in 2005, that consumer politics and societal politics would revolve around data, who has it, who owns it and how it is used, combined with the legal frameworks that protect us as citizens. (From Chp. 5 No Straight Lines).

Our data with destiny: What happens therefore to the data security, privacy and identity management once aggregated dynamic databases can be accessed and used? And the even bigger question is: how much of one’s identity do people want to display as they navigate the networked world and how much of their personal information will they be prepared to give away, or even reveal, to get something of value back in return?

From an individual perspective, we leave continuous trails of data, plumes of bits of information. It’s the personal exhaust from our digital interactions. These are the shadows and messy footprints of our daily lives. In the highly competitive world of marketing and commerce, this data is being recognised as increasingly important, with companies desperate to harvest, aggregate and refine it for commercial gain. Hal Varian, Google’s chief economist, published a paper in which his research found that the peaks and troughs of Google searches would be predictive in the demand for certain goods and services.

Yet our destiny with data is complex. There are legitimate concerns about who actually owns this information, and when our identities can be pieced together via data flows, privacy becomes a key battleground. This requires companies to rethink key issues around trust and transparency.  For example, the intense debates and community action that have resulted in Facebook having to learn what it can and cannot do with the data it holds has perhaps been an early indicator of how critical data has become to us all.

As we move through this wiredup world, we must also be aware of our identity in the public domain, or what some describe as ‘presence’. And there will be a pressing and increasing need to respect the sovereignty of the individual whether that be in a commercial or civil context.

John Naughton writing today in the Observer now has a pessimistic view of what happens next Edward Snowden’s not the story. The fate of the internet is.

First up is what Snowden has revealed

Without him, we would not know how the National Security Agency (NSA) had been able to access the emails, Facebook accounts and videos of citizens across the world; or how it had secretly acquired the phone records of millions of Americans; or how, through a secret court, it has been able to bend nine US internet companies to its demands for access to their users’ data.

Similarly, without Snowden, we would not be debating whether the US government should have turned surveillance into a huge, privatised business, offering data-mining contracts to private contractors such as Booz Allen Hamilton and, in the process, high-level security clearance to thousands of people who shouldn’t have it. Nor would there be – finally – a serious debate between Europe (excluding the UK, which in these matters is just an overseas franchise of the US) and the United States about where the proper balance between freedom and security lies.

The first is that the days of the internet as a truly global network are numbered. It was always a possibility that the system would eventually be Balkanised, ie divided into a number of geographical or jurisdiction-determined subnets as societies such as China, Russia, Iran and other Islamic states decided that they needed to control how their citizens communicated. Now, Balkanisation is a certainty.

Second, the issue of internet governance is about to become very contentious. Given what we now know about how the US and its satraps have been abusing their privileged position in the global infrastructure, the idea that the western powers can be allowed to continue to control it has become untenable.

In No Straight Lines, I talk about the big P and the little p (politics) of transformation. That this transformation has implications at a macro scale but also at a micro scale the impact on you and me.

no US-based internet company can be trusted to protect our privacy or data. The fact is that Google, Facebook, Yahoo, Amazon, Apple and Microsoft are all integral components of the US cyber-surveillance system. Nothing, but nothing, that is stored in their “cloud” services can be guaranteed to be safe from surveillance or from illicit downloading by employees of the consultancies employed by the NSA. That means that if you’re thinking of outsourcing your troublesome IT operations to, say, Google or Microsoft, then think again.

This is why Jaron Lanier once a cyber / internet utopian, now is deeply pessimistic about the potential of our digital world.

The political consequences of our non-linear world: John Keane in his book The Life and Death of Democracy describes the origins of democracy and by default how we manage to fundamentally get on with each other, evolving the democratic process over time to act as a control mechanism over power relationships that affect us through the myriad spectrums of local, regional, national and international life. Democracy brought a secular sense of humility to the world as a mechanism to humble the powerful and to keep unbridled power in check. Democracy, argues Keane, brings a sense of equality to all human beings and a visceral sense of the possible. ‘For democracy to be possible, people have to be sure that they themselves are the source of power of the institutions that govern their lives.’ Like other institutions, including businesses and universities, democracy is also caught up in the process of ‘glocalisation’, And of course this brings pressure to the political outcomes of what happens next.

The radical implications is clear; democracy is a universal ideal because it is a basic precondition of people being able to live together on earth freed from arrogant power fed by talk inspired by principles like God, History, Truth, Man Progress, the Party, the Market, the Leader of the Nation

It is an eternal unwinnable struggle, yet it is also one that if we, in Keane’s words, ‘abandon’, then we do so at the peril of humanity itself. The idea that we are all equals, capable of making and taking decisions to better survive or get along, is central to this argument. Keane says democracy was a sensational invention, the idea that people would not allow themselves to be led by those that assumed the position of total authority. The idea is that ‘when democracy takes hold of people’s lives, it gives them a glimpse of the contingency of things. They are injected with the feeling that the world can be other than it is – that situations can be countered, outcomes altered, people’s lives changed through individual and collective action’. Democracy is, Keane argues, ‘the best human weapon against hubris and folly, that are inevitable consequences of concentrations of unaccountable power’.

I wonder how far we have strayed from that path?