Nothing is sacred + the meaningless cosmos = the hungry spirit 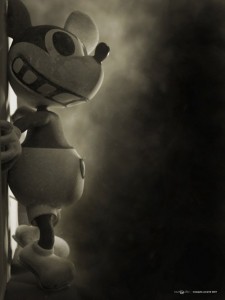 We are all hungry spirits

In No Straight Lines, Charles Handy takes us on a journey of what he calls The Hungry Spirit. Handy introduces us to the African idea of the lesser and greater hunger. The lesser hunger is for the things that sustain life; the goods and the services, and the money to pay for them, which we all need. The greater hunger is for an answer to the question ‘why?’, for some understanding of what that life is for. ‘It has been mightily convenient’, he continues, to think that better bread, and a bit of cake to go with it, would make us all content, because governments and business together might be able to deliver on that contract. The consequence of that thinking is that money ultimately becomes the measure of all things. We can measure our lives in pound notes, Deutschmarks or Dollar bills and then compare our scores. We have all become Hungry Spirits.

Pure consumerism according to Tibor Scitovsky is the The Joyless Economy, which has become recognised as a study of people’s happiness in relation to consumption. Sociologist C. Wright Mills observed in 1951 that working Americans found themselves trapped in corridors and offices, unable to envisage, let alone take charge of, the entirety of their work or their lives. We built citadels to consumerism and when we fall into recession or war or both, the only escape exit according to our political leaders is to shop till we drop. As J. G. Ballard so eloquently put it: ‘to be a consumer is to be a citizen; where ownership of a loyalty card represents membership of humanity itself; and where spiritual experience takes the form of retail epiphany’. Lizabeth Cohen argues that mass consumption is deeply embedded into economic systems, in our political culture, in people’s relationships to government, in the dynamics of power in the family. ‘I think it’s unrealistic to think that we will disentangle citizenship and consumerism any time soon’, she adds. Chindogu is a Japanese word for all the useless things we might be tempted to buy, but as Charles Handy wrote: ‘If buoyant consumer demand means a world full of junk, it’s hard to see why we would want to work so hard for it?’ 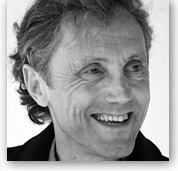 Richard Tarnas  in an interview with the Think Do Tank Freedom Lab says this,
“You could say that a cosmology shapes everything that happens in a civilisation. You know, when Dante created in ‘The Divine Comedy’ the whole cosmology that combined the ancient Greek and the Christian universe into one, and that really reflected the whole civilisation’s sense of what it was about. The cathedrals aspiring to the heavens that were moved by the angels and God was looking over all and hell was down below. And we were poised between good and evil, between God and Satan. And you have native American cosmologies that are very different from the Hindu cosmology, etcetera.

A cosmology in some sense is the container within which everything that happens in a civilisation, the way we think, the way we view the human being, how we run our businesses, how we relate to each other, how we relate to death and our mortality, all of these are shaped by our cosmology. And you can try to change the strategies within… you can try to change your basic values, your psychology, your religions, if there isn’t a change at the cosmological level, then these are all just kind of brave, interpretive exercises but they don’t have a larger frame of reference that permeates everything that we’re doing.

And so, for example, the modern disenchanted cosmos that comes out of the scientific revolution sets up a world in which we are a subject in a world of objects. And that basically empowers the utilitarian mindset to run our way of being in the world. We look at the… then we start looking at trees, ancient old growth forests as being nothing more than lumber, and great magnificent mountains can be seen as just mining potential and children’s minds are just, are marketing targets. Everything becomes an object. Primitive tribes should just be moved out of the way for progress to occur, everything’s an object. And yet… nothing is sacred. If you live in a universe that has been desacralised, then literally nothing is sacred. And so you can use everything for profit and power. Everything. Look at advertising that just uses beautiful noble music or pictures of the… beautiful pictures of nature, vistas, canyons and trees and ocean to sell products that might be hurting those vistas of nature. Everything can be exploited for narrow profit and power, technological prowess, individual empowerment. And so the irony is that there is a spiritual hunger in such a cosmos. One feels… one is isolated. This is where existentialist alienation comes from, we are alone in a meaningless universe. And that spiritual hunger means we need to fill the void. And so people tend to fill the void with more consumer products, buy more and more and more. But it can never really satisfy because we can’t… you can never get enough of what you don’t really need. And so the result is there’s a kind of techno-consumerist frenzy that is cannibalising the earth.

And this is something that our civilisation is now realising. That we have never… no civilisation ever before has conducted an experiment in which year after year, century after century, it lives in a universe, the civilisation acts in a universe, in which the cosmos is seen as being meaningless and purposeless. This has never been done before. And we’re now seeing the consequences. It’s rebounding against us, so that the human being can be seen as just nothing more than a selfish gene, you know, a mean machine, another marketing target. And we find ourselves lost in the urban masses and there’s a loss of meaning and spirit. So that’s why I am saying that we need to go through a fundamental transformation of our cosmology, and everything else can change when that has happened. But the only way you can go through a change in cosmology is by going deep inside oneself, to open up new eyes, to open up one’s heart and imagination to a larger cosmos”.