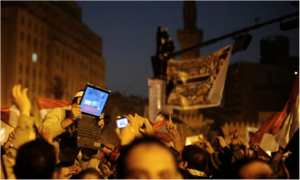 Can we predict the unfolding of a humanitarian crisis?

This is a guest post by Joshua Wallace and Richard Hartley co-founders of Cytora.

‘Black Swans turn Grey’: The risk landscape is undoubtedly shifting. PwC (PricewaterhouseCoopers), invoking Nassim Nicholas Taleb’s recent book, posit that ‘Black Swans’ are increasingly ‘turning grey’. By this, they mean that previously catalytic and unforeseen events are becoming more regular; betraying an increased level of uncertainty faced by the global community in the face of growing connectivity and dependency.

Their approach is to expand existing ERM (Enterprise Risk Management) frameworks ‘by innovating around them, adding tools and techniques such as scenario modelling, predictive indicators and ‘reverse stress-testing’.  PwC is right to identify a changing terrain, in which political developments play an increasingly important role, however traditional approaches to Political Risk themselves must adjust to remain relevant in the 21st century. So while organisations will benefit from integrating Political developments as a component into their ERM systems, more fundamentally, Political Risk as a discipline needs to be re-calibrated.

Political Risk Today: With the onset of globalization, Political Risk is an increasingly pertinent concern for multinational companies and investors as they attempt to tap into, and harness, the velocity of the global marketplace. New challenges and opportunities are sprouting up, driven by increasingly social and politically aware young populations across the globe who are armed with innovative & enabling forms of technology. The conventional ‘top down’ approach to risk, supplemented by on the ground contacts is by no means becoming redundant, but in need of refreshment if Political Risk firms are to continue providing worthwhile assessments on whether countries provide a suitable, safe or attractive investment destination.

Top Down Problems: A top down approach; understanding the macro political and economic developments is, of course, a necessary pre-requisite to inform any accurate position on risk. Nonetheless top down approaches often lean heavily on quantitative variables, which suffer from their inability to capture dynamics at a social level. Ultimately how are these structural changes/events being interpreted and what are the implications?

While risk firms often utilise ‘local’ contacts, who are able to provide an in-country insight into the personalities, the dynamics and the temperament of the situation; the ‘inside’ scoop, they do not necessarily capture the diversity of opinions that now must be accommodated. The problem with these contacts is that they their focus is skewed towards the corridors of power to determine who and what is shaping the contours of the issues at hand. Demographic and technological changes have now empowered a whole raft of actors who cannot be ignored, meaning that risk analysis must strive to better integrate a bottom up approach to navigate uncertainty.

Technology Enabling Social Revolution: The Arab Spring dramatically bought to the fore the realisation that an increasingly educated, and technical savvy young demographic has the capacity to not only engage with, but to also drastically disrupt the political elite.

In a world of ‘big data’, which continues to proliferate alongside increased access to a plethora of new technologies- the ways in which the public, across the world, engage with the political elite is being revolutionized. These new forms of technology are facilitating collaboration, discussion, review and mobilisation in a way unparalleled in history. It means the space between the political class and the public is being continually shrunk, as the public has the ability to scrutinize developments and provide feedback, often influential, by clustering around certain issues.

This has led to blind spots – specifically, a failure to predict political shifts born through mass interaction and accelerated through virtual networks. Modern Revolutions – most recently, the colour revolutions in Eastern Europe, and the Arab spring – are socially instigated. Whether they are successful depends, to a large extent, on the density and cohesiveness of internal and external social networks. Yet, risk models pre-occupation with regime level politics coupled with often-rigid country specific focuses has obscured the potential of technologically empowered – but politically marginalized – populations to be decisive drivers. Increasingly, quick fire social dynamics determine risk probabilities – not elite infighting or factional separation. Populations, once mobilized, can destabilize a regime without arms or money.

Analysts were outflanked by the Arab Spring because they were looking in the wrong place, and operating at too slow a speed. Punctuated reports emphasising political change characteristics ignored the explosive nexus of social technologies, youthful populations and political disquiet. Risk therefore has migrated into the virtual social space; Political Risk, as it stands, remains concerned with political developments.

Changes to Traditional Risk Methodologies: The preoccupation with the behaviour of governments must, in our view, be augmented with a focus on the potential of populations to mobilize. Necessarily, this involves the identification of mechanisms that enable contagion and an understanding of how to monitor and manage them effectively. To be sure, existing risk methodologies are still relevant but must be diversified to assess the range of options open to regimes in the face of social contestation.

Contingencies, whilst improbable must be explored and built into standard risk mitigation procedures. Is regime liberalisation – through limited, incremental democratisation – possible? Can a regime, under duress, successfully transition from full authoritarianism to competitive authoritarianism?

Harnessing New Technologies: Yet these ideas, while necessary, remain under the (limited) remit of traditional approaches. If risk is to start delivering value and consistency, it needs to develop real time tools that can monitor, map, and ultimately manage social dynamics as they occur. Here, social network analysis – namely, sentiment analysis- is the frontier. Yet, technology at this moment is a long way away. Difficulties transforming micro opinions into an overall risk picture, and incorporating regional dialectics, vernaculars, sarcasm and misspelling mean such technologies are nascent.

Nonetheless new forms and platforms of technology provide an unparalleled opportunity to understand social interaction and dynamics, critical now to any informed position on risk. For example, Ushahidi, established in the wake of the violence from the 2008 Kenyan election violence provided a real-time platform for information to be updated and shared for the mapping of developments- and is increasingly being used to map other events. As crowd sourcing continues to gain momentum, there is growing potential to be able to ‘outsource’ the role of providing up to date risk analysis away from expensive and often out of touch analysts to those social actors who are the drivers of social movements. Predicting the future is a chimera and we should not be preoccupied by it. As various authors (most popularly Nassim Nicholas Taleb, but also a growing body of political scientists concerned with institutional change) have argued, social trajectories – of humans, movements and countries – are highly contingent; they are often accidental and involve too many variables to yield to longitudinal regression models.

Linear causation, linking a discreet cause to an effect, is often empirically unsubstantiated. Instead, reflexivity – circular casual loops engendering rapid shifts in behaviour – appears instrumental in various risk dynamics that catalyse in the social sphere. Risk therefore should focus on the early identification, and the potential strength and breadth of seismic social shifts. Such an approach emphasises agility rather than predictability, and tracks risk at an embryonic stage.

Conclusion: To us, Political Risk is static in a world of high-speed interaction and linkage. We foresee a movement away from content heavy deliverables to products that operate surveillance of regional social dynamics. We believe social dynamics shape political developments – and will do so more and more as populations intertwine with governments and businesses. Concomitant will be a fusion of business strategy and risk management. Real time social monitoring enables effective engagement, and through engagement, business can better understand social behaviour and its ramifications. Building a new approach to risk that places social dynamics at its core opens the door for a host of new opportunities and breakthroughs. Risk management takes on a new dimension in its capacity to identify, gauge and subsequently manage the information that rises to prominence with the swell of public opinion.

In turn, creating strategic opportunities to better understand preference shifts, allowing for more relevant, tailored and sensitive responses by both governments and corporations as they attempt to manage risk in the 21st century. At Cytora, we are dedicated to this task. We are utilising new techniques within data mining, machine learning, natural language processing and statistical modelling to provide real time sub-national risk forecasting. Our models focus specifically on instability and conflict, including, but not limited to, riots and protests, violence against civilians and violent armed conflict (between both state and non-state actors). Driving this is our desire to become the world’s leading authority on conflict analytics technology in the hope of making the world a more resilience place.

Joshua Wallace: With a background in Political Science, management & IT consultancy and international development Joshua is passionate about how new technologies can be applied to the world’s most vexing problems. He co-founded Cytora where he is head of research. His time in consultancy saw him advise some of the world’s biggest companies such as GlaxoSmithKline while his development work has taken him to Ghana, Sierra Leone, Swaziland and India. Joshua has an MSc in Political Science from University College London and a BA in History from the University of Manchester.

Richard Hartley: Richard co-founded Cytora, and is in charge of Product Development. Richard previously worked in product management at eBaoTech in Shanghai – a core system technology vendor. Richard’s expertise lies in defining Cytora’s product strategy, and communicating our unique value proposition to the market. Richard holds a BA in History from the University of Manchester and a Masters in Political Science from University College London.