Rethinking how we build homes in the UK 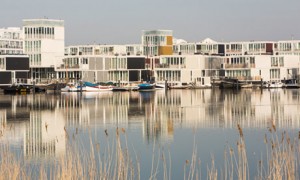 “What is a city but its people?” Shakespeare, Coriolanus.

In 1975, in her first speech as leader of the Conservative party, Margaret Thatcher spoke of the “property-owning democracy”, and it became a central idea of her government. It was appealing: by owning their own homes, people would gain independence and freedom, and they would have something to strive for, a tangible prize for their hard work. With ownership would also come responsibility, a stake in the wellbeing of their country.

Nearly 40 years later the reality is different. Many have indeed done well out of owning their homes, but many others have been priced out of the market. The country is now one of winners and losers, between those sitting on large unearned profits, and those struggling to get any kind of shelter at all. At the same time the hoped-for independence and freedom are, for those shackled to large mortgages, illusory. The major decisions of our lives – when to have children, whether to move for a new job – are hampered not helped by the state of the property market.

He also makes the point that the real business of property is not property, its design and purpose but land. And Rebecca Hocking points out that even in agriculture – land is now being used as an asset for pension funds rather than as a breadbasket. The fact is that a great deal of money goes in the form of a bounty to those landowners who get planning permission for building on their property. My friend David Hieatt from the Hiut Denim company once wrote, ‘buy land, they don’t make it anymore’.

This is a linear mindset and philosophy – and extractive approach rather than a regenerative or restorative one. What is needed is intelligence and invention. And you might not think it but Ebenezer Howard and Le Courbusier had the same vision for a better world. Inspiring a different way of thinking about urban life in tune with nature. Both sought to reconcile socialistic visions and capitalistic prerogatives within beautiful and sustainable urban environments. For example Le Courbusier imagined his refined futuristic low-rise machines for living in would be placed in large areas of parkland blending the best in building design with the best of nature. Sadly that vision got lost along the way, misunderstood and misinterpreted. Today we need to empower individuals so they can shape their environments – to build themselves if they want to, or to have genuine choices – while also protecting the rights of others. There is a resurgence in the idea of community, that the making of housing is not just about assembling units, but about the sum of their parts, and the places between the buildings. Moore points to floating cities, that suggest ways of dwelling that are not just decent and adequate but positively beautiful. I like the word beautiful.

Here are 10 ways of taking a more humane and commons based approach to how we could live. 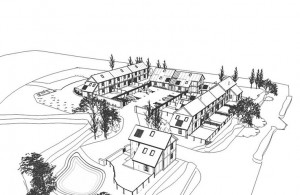 Sharing revenue and opportunity as a community

[1] SHARE THE JACKPOT: Buckland Newton Community Land Trust (CLT), Dorset
A problem with building new houses, especially in the countryside, is this: the owner of land that gets planning permission makes a killing while everyone who has to look at the results loses out. The theory behind CLTs is to share the benefit of the profits more widely so that they pay for affordable housing, say, or a village hall, and generate income. New housebuilding becomes a common enterprise. Might the government’s theory of localism actually mean something? It could change attitudes: at present local authorities, reflecting the views of their voters, tend to regard them as pollution, with the result that they tend to look like pollution.There are CLTs in Buckland Newton and in Worth, both in Dorset. They have also been architecturally undistinguished; a proposal for Horsmonden in Kent, by the architect Pierre d’Avoine for the developers Baylight, promises to do better. 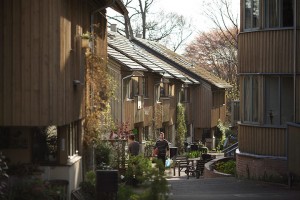 [2] CO-HOUSING: Springhill, Stroud, Gloucestershire
Springhill is the first British “co-housing” residential development – it shares common space for play and recreation, including a room for communal dining. Cars are left at the periphery, with only pedestrians allowed inside, and decisions about the estate are made jointly. The intention is to make a community where people support each other, and children grow up with friends in easy walking distance. It’s not for everyone – not for those, say, who value some anonymity and detachment – and risks being as excluding to people outside its boundary as it is welcoming to those inside. It requires a willingness to play by the rules and turn up to meetings, and you still have to find the money to buy into it. But, like Community Land Trusts, it follows an important principle, which is that it sees homes not as isolated units of investment, but as parts of a greater social whole. 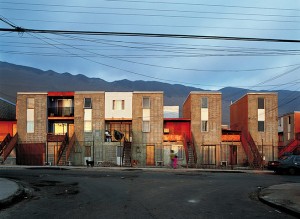 [3] SELF-BUILD: Quinta Monroy, Iquique, Chile
When Alejandro Aravena and his practice Elemental were asked to design homes for squatter communities in Iquique, they realised two things: that the government budget of $7,500 per home would only pay for miserable little boxes, and that the squatters had already shown their desire to build for themselves. Elemental decided to offer “half a good house”: something that would meet basic needs, and encourage residents to augment it themselves over time. Which is exactly what’s happened. There are other successful examples in, for example, Almere in Holland, and in Britain Walter Segal pioneered some beautiful approaches on sites in Lewisham, south London. But the complex planning system, and the domination of land ownership by housebuilding companies are severe obstacles. The government has stated its desire to encourage self-build but unless it addresses these issues, such homes will remain picturesque rarities. 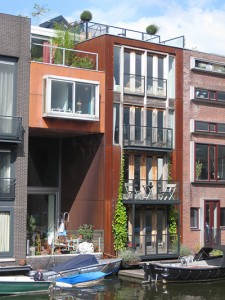 [4] GOOD PLANNING: Borneo-Sporenburg, Amsterdam
Borneo-Sporenburg is a large, successful development of old dock areas in Amsterdam, which achieves high densities with largely low-rise houses. It is unified and ordered, but also allows individual residents the freedom to customise their homes. Things like open spaces and bridges over water are well-considered and well-maintained. Borneo-Sporenburg has been well-known for more than 10 years as an outstanding example of new housing, and has been much studied by British architects and experts, but there is nothing truly like it in Britain. It is the same story with the much-admired HafenCity in Hamburg, and the ultra-sustainable Hammarby Sjöstad in Stockholm. Why not? Because their success is based on intelligent, well-organised planning, of a kind that this country has found impossible in recent decades. 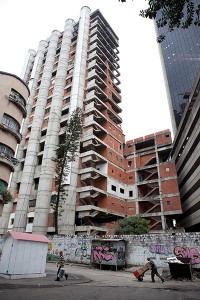 [5] FREE SITES: Torre David, Caracas, Venezuela
Torre David was the concrete frame of an aborted speculative tower of the early 1990s, 45 storeys high. Since 2007 it has been colonised by 3,000 people from the barrios – not legally but without being stopped by the authorities. The result has been called a “vertical slum”, but Urban-Think Tank point out that a self-organising community has been created there, with shared public and leisure spaces. In Britain abandoned terraces, old factories and disused land could be offered to whoever has the energy to make homes there. It does happen here in “homesteading” schemes: in Benwell, Newcastle, empty houses were sold to local families for £1 each. In London’s Bonnington Square in the 70s, squatters took over vacant properties and formed a co-op, which eventually bought them from the council. With its lush gardens it is now one of the most delightful spots in Vauxhall. 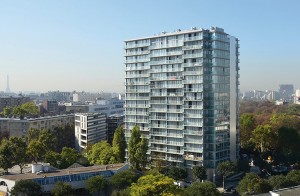 [6] ADDITIONS: Tour Bois le Pretre, Paris
France, like Britain, has plenty of ageing and ailing tower blocks, for which the usual cure would be either demolition or a new coat of insulating claddin, in the nauseating colour combinations more often found in cut-price sportswear. With the Tour Bois le Prêtre (formerly nicknamed Alcatraz), architects Frédéric Druot and Lacaton and Vassal did neither. Instead they added a layer of winter gardens and balconies, which made the apartments bigger, more civilised, and better suited for families. They also reduced energy costs and avoided the waste of embodied energy that comes with demolition and rebuilding – which would have also cost twice as much. In locations such as 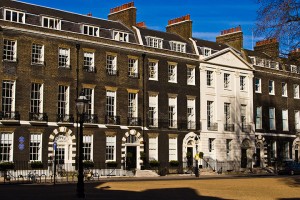 Rent not buy Bloomsbury Square an example of the possible

[7] RENT NOT BUY: Bedford Square, London
The Thatcher government backed the idea of a “property-owning democracy”. People would be given independence and the chance to better themselves through owning a home. As it turned out, being shackled to a mortgage did not necessarily mean greater independence or an increase in public spirit. Nor, historically, was owning your own home fundamental to British life. A century ago renting was normal, even for the well-off. Some of the most admired examples of privately built housing, such as the Georgian squares and terraces of British cities, were built largely for rent. Building for rent can give property developers an interest in the long-term quality of their buildings – when they sell it is no longer their concern. Contemporary examples of really good private developments built for rent are hard to find, so here is one from the past: Georgian Bloomsbury. 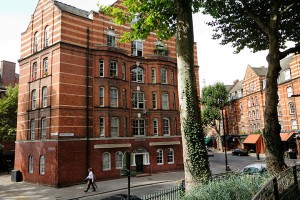 Serving the needs of low-income families

[8] COUNCIL HOUSING: Boundary Estate, Shoreditch, London
What a great idea! Local government uses its ability to assemble land and raise money to build homes that serve the needs of low-income families and improve the quality of an area. It can set new standards of such things as internal dimensions, construction standards and communal space. It is such a good idea it was pioneered in Britain in the late-19th century, with developments such as the London County Council’s Boundary Estate, and has been followed all over the world. It has since been associated with the failures of postwar mass housing, of tower blocks accompanied by lurid tales of social breakdown. But some modern estates, such as Golden Lane in London, have been snapped up by discerning buyers. It may have gone out of fashion but, given the dismal quality of most market-led housing, it is surely time for a return to the first principles of the council house. 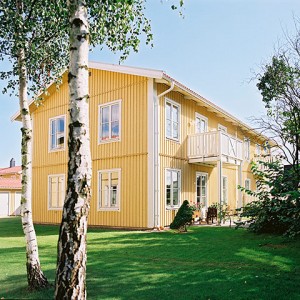 Lost cost design and construction as a kit of parts

[9] PREFAB: BoKlok, Ikea, Sweden
It is a persistent dream of modern architects that a house could be made more like a car: mass-produced in factories, with resulting benefits of cost, speed and quality. The physical requirements of a house, after all, are similar from place to place, and there’s no need to redesign the whole building each time one is built. Somehow the dream never quite comes true. Ikea has come closer than most. Using the mangled language peculiar to the Swedish furniture giant, its product is called the BoKlok. It offers at low cost a house which has, by the (low) standards of conventional new housing, a not-bad level of quality. About 5,000 have been built in Sweden, but only tiny numbers in Britain. Philippe Starck has also dabbled in prefab housing, reportedly attracting hostility from established housebuilders. The principle of prefab is sound, but as with self-building the main obstacles are planning, and the price and ownership of land.

[10] FLOATING: Floatopolis and (above) IJburg, Netherlands
Floatopolis, proposed by the British practice de Rijke Marsh Morgan at last year’s Venice Architecture Biennale, is a plan for neighbourhoods constructed on old docks and other stretches of water. The idea is not only to make unused space useful, but also to enhance public enjoyment of the water: central to the idea is that the walkways between homes would be accessible to all. It could be both delightful and flexible. Homes would be made in factories and silently floated into place – “you don’t get two years of trucks turning up and pouring concrete”, as dRRM’s Alex de Rijke says. Exactly this has been done, successfully, in the Dutch neighbourhood of IJburg. Boris Johnson is pursuing the idea in London: it remains to be seen whether his version will be as public-spirited as dRRM’s.