The Wings of Angels

One of the aspects of the networked that I think is oft overlooked is not to do with technology but with people, something that I explore in some depth in No Straight Lines. How do we create identity, and how do we create meaning? For example, as Michele L. Crossley, explains,

When we ask ourselves, ‘what does this mean?’ We are asking ourselves (or others), how something is related or connected to something or someone else. It is the connections or relationships among events that constitute their meaning. Moreover, such meanings are not produced subjectively by isolated individuals; rather, they are formulated through cultural meaning systems such as language (and narratives) which reverberate with knowledge of connections and relationships across generations.

And, I have pondered upon the rise of tattoos as a means by which people look to create identity and meaning in a world where to a greater of lesser degree many people are cut adrift from the moorings that create meaningful identity. For me this is the backdrop to perhaps some of the biggest, and perhaps intractable problems of our current society. Loss of identity, belonging, and community – with all its subsequent fallout. The thought really struck me in watching a film about the Russian Mafia, where to be brought into the organisation formerly an interview takes place with the elders, in which the individual stripped almost naked reveals their personal history – their tattoos.

I asked my psychologist friend to give me her perspective on tattooing and identity,

Well, many years ago my father used to work for what was called the crown agents which was a British government company who worked in developing countries. We spent ten years in Borneo, which is well known for some heavily tattooed tribes called Dyaks and Ibans amongst others. Not so much now, but then tattooing was part of recording their oral traditions, as well as stating their place in the hierarchy of their tribe and of course what tribe they belonged too.

Usually a ritual was performed before each tattoo was done to show that they had the agreement of the tribe for what the tattoo was signifying. There were also tattoos belonging to certain families only – a bit like our sir names and those given as punishments so that others would know what you are.

My narrative – my song cycle – my fable – my truth

Your tattoo was your own and your tribes history that you carried around with you and which told others what your “bona fides” were. This used to be so in our “tribes” many centuries ago, but later on people became defined by written traditions and what they did for work. With the explosion of literacy and the ability to make the written word a private experience; competing individual perspectives took over from a shared perspective which shaped ones identity for oneself as well as in relation to the other.

It is interesting to me that as the written word declines through the rise of crude and often shallow pictorial images and the decline of literacy, tattoos as a short form for some basic form of identity statement to show not only what one is, but that by at least one group one has acceptance.

For me somehow, the extraordinary prevalence of everyday people tattooing themselves has therefore got to be related to the quest for identity, and the search for meaning, when other brands worn next to the skin will no longer suffice, it is no wonder people will tattoo the their backs with the wings of angels.

Further reading from the Living Bibliography: 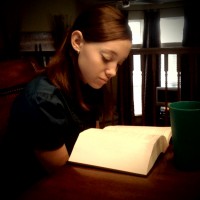