The Reformation of Capitalism 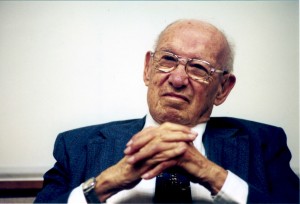 In June 2014, Clayton Christensen and Derek van Bever wrote in the June 2014 issue of Harvard Business Review (HBR). “The orthodoxies governing finance are so entrenched that we almost need a modern-day Martin Luther to articulate the need for change.” And they are not the only ones signalling we need a change of direction in how we think our economies work.

In Vienna this year the Global Peter Drucker Forum gathered together the great and the good to explore what next for Capitalism looks like. We have arrived at a turning point,” says the Forum’s abstract. “Either the world will embark on a route towards long-term growth and prosperity, or we will manage our way to economic decline.” The need to move from a linear way of thinking about what we make, how we make it and who we make it with. To a nonlinear economy that is regenerative, and restorative. Why? Because ‘Capitalists are capitalism’s worst enemy’, writes John Kay – ‘and particularly the market fundamentalist tendency which has been in the ascendant for the last 20 years.’ Kay adds: ‘Once we appreciate the historical anomaly of the post-war moment, we might see the capitalism of our own day in a proper light. With its imperious bosses, its overworked employees, and its benediction of uncomplaining servility to the prerogatives of money and power, the ‘new capitalism’ emerges as the same old monster it always was, just larger, faster, and colder at heart than ever’. Feeling chilly? 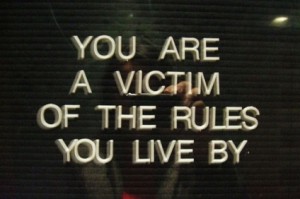 The reason why we need to transform

Writing  in Has Capitalism Reached A Turning Point? Steve Denning writes, This call for a Reformation comes from distinguished pro-business voices in the world—the heavy artillery of capitalism itself. The critiques and the calls for change are many and simultaneous. Big-gun broadsides are coming all at once. Third, these thought leaders are not speaking in euphemisms or hedging their bets. These are flat-out denunciations of, not just one firm, but the whole management culture that prevails in big business. Phrases like “stock price manipulation” (HBR), “corporate cocaine” (The Economist) and “zombie managers in the grip of management ideas that refuse to die” (Financial Times) are typical.

This is in fact requires some major re-engineering of how our economies and societies work. Business journalist Peter Day went to Vienna to speak to some of these leading thinkers about What Next for Business might look like. Here is the link to his radio show In Business. He asked the question, is Capitalism in crisis? Well according to the great and the good – it is. Martin Wolf arguing that the blame however is placed at the door of governments not corporations – who no matter how badly they fail then look to the tax payers to bail them out from their various moral and technical falls from grace.

Of particular interest from the interviews he conducted, the need for Pension Funds to become part of the solution demanding companies operate in certain ways, plus the need to encourage the creation of a new finance and banking system. My take on this is when institutions fail – people learn to get what they need from each other – maybe we are just at the point here where there is enough failure that we do start to conceive, then build a new financial system?

The systemic failure of metrics that only measure the short term: The next point was the failure of metrics that only look at the short term for innovation a metric dictated by the financial sector. Further short-termism results in business may be characterised both as a tendency to under-investment, whether in physical assets or in intangibles such as product development, employee skills and reputation with customers, and as hyperactive behaviour by executives whose corporate strategy focuses on restructuring, financial re-engineering or mergers and acquisitions at the expense of developing the fundamental operational capabilities of the business. (The short term myopia of equity markets).

Having worked on many large innovation projects I can fully appreciate this observation from first hand experience. The point is we need a metric that looks towards the longer term and not be bound by quarterly  numbers.

His observations on organisational performance, and therefore business performance by putting employees first before customers was illuminating and refreshing to hear. Nayar defied the conventional wisdom that companies must put customers first, then turned the hierarchical pyramid upside down by making management accountable to the employees, and not the other way around. By doing so, Nayar inspired and empowered employees and customers and set HCLT on a journey of transformation that has made it one of the fastest-growing and profitable global IT services companies and according to BusinessWeek, one of the twenty most influential companies in the world. His key points were, 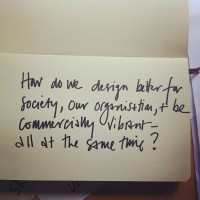 The freedoms of business are always socially negotiated: Gary Hamel argues that corporations have lost sight of this fact. And that when corporations refuse to see this as an absolute – one loses the trust of society. The question is – how far does trust need to break down until society turns its back forever on those institutions. My feeling is we are already there more or less. Hamel argues that today banking and the financial system are so interwoven with politics, business, media and power – they will refuse to see, accept, create and engineer and alternative way of doing things that is essentially fairer and more redistributive of wealth. It is as if the entire western world and then the rest is over the barrel of a financial system that politicians are afraid of Hamel argues. If one thinks about a broken middle class, a dysfunctional political system and an engourged financial system – we have the necessary conditions for disruptive change. Hamel goes so far to say that many businesses and financial institutions are making their money on the public dollar. And, that when power formulates business and governments homogeneously, the welfare of citizens does come foremost to their minds. It is a systemic problem and one that really is about the redistribution of power. This current power play is what Peter Day calls the new depressing normal.

So what to do? Remove the complexity in banking, and create new institutions and functionality in the banking system seems to be the overview. Rein in financial capitalism, and that is why the pension funds will have to play an important role in what next looks like. Because the pension funds support the short term aspirations of hedge funds and the stock market. Because pension funds control so much capital their intervention is a necessary requirement to begin to effect a new way of thinking within the existing system.

Empower and inspire employees with the view that shareholder value will go up, job longevity will go up, profits will go up, your bonus will go up, this will create and build growth. Nayar argues the future of companies is socially orientated, peer to peer and purpose driven. So leadership and management is more about stewardship – caring for the organisation.