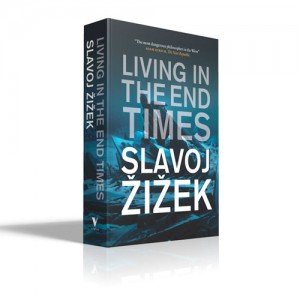 Are we living in the end times? Its nearly the end of the year, and I have been pondering on the last 24 months. It seems, if anything, that our world has gotten meaner, for example austerity has evolved from economic tool to ideology that affects many, who are definitely deserving of a more compassionate society. However austerity joins the endless queue of all the usual suspects. But this meanness is a knee jerk response because the capacity to re-imagine a different sort of society is simply not there within the institutions that define, and, represent what we call – Society.

No pessimist ever discovered the secrets of the stars, or sailed to an uncharted land, or opened a new heaven to the human spirit. What do I mean?  “The important thing for government is not to do things which individuals are doing already, and to do them a little better or a little worse; but to do those things which at present are not done at all,” was the view of John Maynard Keynes, he also observed that, “a master economist must possess a rare combination of gifts. He must be mathematician, historian, statesman and philosopher”. Which brings us to thinking about the nature and type of our democracy today, because the principle of equality lies at the heart of democracy, although C.S. Lewis observed that mankind is so fallen that no man can be trusted with unchecked power over his fellowman. Perhaps what shines through today is a growing realisation that we are a little more fallen than we realised – perhaps, as we witness the folly and the hubris that always accompany concentrations of unaccountable power. We see the results in our financial systems, in corporations, in politics and in our media, and in our food systems. In these we are clearly witnessing the End of Times, as Slavoj Žižek might argue, a point where, we arrive at a point where we cannot grow any longer, so we must look for reinvention and resurrection.

David Simon, author and creator of The Wire, wrote in a widely regarded and shared article that,

Mistaking capitalism for a blueprint as to how to build a society strikes me as a really dangerous idea in a bad way. Capitalism is a remarkable engine again for producing wealth. It’s a great tool to have in your toolbox if you’re trying to build a society and have that society advance. You wouldn’t want to go forward at this point without it. But it’s not a blueprint for how to build the just society. There are other metrics besides that quarterly profit report.

Simon is a journalist who has born witness to the what he calls the two Americas that are ever present in his home city of Baltimore. And surely it is ironic that Simon gets a voice, only because, The Wire was so universal in its commercial success. Yet it seems we just cant pull away from this narrow view of society, Malcolm Brown Head of Mission and Public Affairs at the Church of England, wrote,

Even when the whole edifice was tottering after the banking and financial crises of 2008, the old shibboleths remained unchallenged. The economists, bankers and entrepreneurs sounded like Peter Cook’s prophet eagerly awaiting the Rapture (“Come back tomorrow, lads. We’ve got to be right one day”). Resistance seemed futile because we had lost the conceptual tools to imagine other ways of ordering the economy. But resistance is emerging all the same – and the mechanisms of the market itself seem to be providing some of the toolkit.

There is resistance at Manchester University, where some students have formed the Post-Crash Economics Society. They call for the economics syllabus to be rewritten to reflect the chasm between the confident mechanistic models they are still taught and the real economy which went pear-shaped. They want economics to rediscover its origins in the messier world of the humanities rather than claiming the spurious certainty of pseudo-mathematics.

Need to rewrite the foundations of economics: The need for a root and branch rewriting of economics produced a book last year called What’s the Use of Economics? Teaching the Dismal Science after the Crisis. Of course it is much much harder than anyone realises to bring into the world a truly viable alternative economy to an existing dominant model. There are many vested interests, and shifts of power that create vacuums’ generate the necessary conditions where waves of multiple dissonance; social, religious, economic combine to make people fearful of change and reactive to perceived threats real or otherwise. Opportunism trying to outflank those that seek a more ambitious goal.

The crafting of the new: We now need people that can not only critique, but to create. We call on the Craftsman, manifest as the poet, the engineer, the coder, the teacher, the farmer and the architect – those that will work for and on behalf of all humanity. We need to bring these skills together to hack the future collaboratively – creating a new society and new economy, what some might call a Commons Based Economy, and the means we get there is through non-linear innovation. We see glimpses of this new society that is manifest in every aspect that defines and makes our world. No Straight Lines was my own small attempt to point to that wonderful opportunity but there are many others. Across many sectors we’re seeing a move towards fully connected systems that are open, collaborative and share information a lesson we should draw from nature – nature thrives because she is open. We need a new philosophy for our age one that is based up regeneration not extraction.