Tim Jackson on investing for humanity to flourish 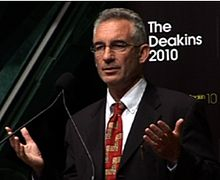 Powerful thoughts from Tim Jackson (professor of sustainable development at the University of Surrey) on how the role of investment must be reconceptualised not to create more money or cater to a consumption based culture and economy but to instead create conditions for people to flourish. We currently exist in a system that systemically creates privilege says Jackson.

Jackson says “Investment is nothing more nor less than a relationship between a shared past and a common future.” In our common future, the role of money ought to be to maximize the human return on investment – and that requires first that we understand what it means to be fully human.