Time to reimagine and recreate our state says Marianna Mazzucato 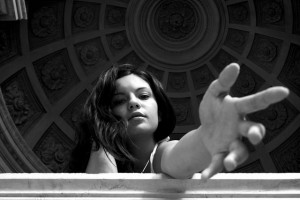 Mutuality = working for the collective good.

“The important thing for government is not to do things which individuals are doing already, and to do them a little better or a little worse; but to do those things which at present are not done at all.” was the advice of John Maynard Keynes.

Marianna Mazzucato in today’s Guardian quotes Keynes as she argues that we need a new narrative of what a state does in our world today. In her view we need the state to able to make the impossible possible, to dream big (to be EPIC) and deliver. Our current state and its current narrative shows little of that imagination and vitality. And in the relentless pursuit of farming-out state responsibility to the collective good to private interests, we ultimately hollow out our society. And the problem is whether it is G4S or ATOS, Virgin Trains (massively subsidised), SERCO, or whoever they are also not dreaming big, they want to maximise efficiency out of the old model rather than creating the new. This is a linear model, a linear philosophy that can no longer respond to the challenges of the world we live in today.

While social welfare is relentlessly trimmed and targeted, corporate welfare grows inexorably, as business widens its relief from the taxes that fund public infrastructure (while tax credits top-up its less generous wage packets). And the non-appropriable benefits of knowledge – costly to produce, cheap to acquire and use once published – spread the influence of public goods much wider. Nuclear fusion, fuel cells, asset-pricing formulas and genome maps are discoveries for all, not just one company. But it now seems like the doubters, those who contest the idea of “public goods”, have won the contest. The state’s provision of many of these goods – notably transport, education, housing and healthcare – is being privatised or outsourced at an increasing rate. Indeed privatisation and outsourcing are happening at such a rapid pace in the UK they are practically being given away – as the sale of Royal Mail at rock bottom prices revealed recently – denying the state a return for its near-century long investment.

In fact it seems a pell-mell race to the bottom selling any and every asset that is stamped “public good” to the private sector – and for that there is a price to pay. Mazzucato asks,

When public goods are privatised they lose their “public good” nature: it does become possible to profit from distributing mail, running trains, renting out homes and providing education. We’re continually promised that, due to efficiency gains and innovations prompted by the profit motive, public goods can be delivered more cheaply and effectively by the private sector. All this while still giving their providers a decent profit, so that more is invested. Has privatisation of UK rail provided lower prices, more innovation and investment? Has contracting-out prison security to G4S made that system more efficient and high quality? Have outsourced NHS services provided the taxpayer with higher quality healthcare that’s still free of charge and assigned on merit?

A failure of imagination: It does not matter whether one is in the public of private sector, it is the failure of the imagination to see the potential of a new way to do things, to create and organise that makes me the saddest of all. Our institutions are failing, perhaps government should outsource itself!? Or wake up to realise there is great potential in designing for transformation. As Tony Judt argued, ‘why do we experience such difficulty even imaging a different sort of society? Why is it beyond us to conceive a different set of arrangements to our common advantage?” Mazzucato also refers to Tony Judt she writes who used to stress, we should invent and impose a new narrative and new terminology to describe the role of government. The language being used to describe government activity is illuminating. The recent RBS sale was depicted as government retaining the “bad” debt, and selling the “good” debt to the private sector. The contrast could not be starker: bad government, good business – a needless inversion of the public good.

And public investments in long-term areas like R&D are described as government only “de-risking” the private sector, when actually what it is doing is actively and courageously taking on the risk precisely where the private sector – increasingly more concerned with the price of stock options than long-run growth opportunities – is too scared to tread. Once the entrepreneurial and risk-taking role of government is admitted, this should result in a sharing of the rewards – whether through equity of retaining a golden share of the patent rights. By privatising public goods, outsourcing government functions, and the constant state bashing (government as “meddler”, at best “de-risker”) we are inevitably killing the ability of government to think big and make things happen that otherwise would not have happened. The state starts to lose its capabilities, capacity, knowledge and expertise.

Can government or the state do it all? Some argue there is an intellectual hole in Marianna’s work. Her contention that only government can fund and invest in creating that which ultimately has huge impacts on society and the forward momentum of civilisations, has come under real scrutiny. And if want to get picky picky picky, of course all sorts of stuff come from the private sector. Though to quote Steve Jobs is funny, as all the innovations he brought together languished in various labs throughout the USA including IBM. But the web was brought to us via CERN – and a philosophy that was fed from the counterculture movement (anti corporation) to cyberculture. Just ask John Naughton.

But it is clear that there is great energy being put into reducing our states capacity to meet its moral obligations, and the hole was created in many ways by a banking system bereft of a moral compass – of politicians unable to to rise up to the standards of public office, or media determined to ruin a country to sell more newspapers. Of companies that are grounded not on ny sense of true purpose, but only on financial gain, financial extraction and domination. These are the acts that create mono-cultures and mono-cultures always die.

An economy of the commons, an economy for the HumanOS: Simply put austerity will not get us to the future we deserve, but being bold, hacking the future to push beyond the possible as conventional wisdom proscribes, will help us collectively create that better future. We need to deschool ourselves from thinking and acting in a linear fashion and begin to re-school ourselves to work once again for the collective good. We need an entrepreneurial culture that will be the humus to create the economy of a non-linear world. These alternative ways produce outcomes that are more humane, regenerative, sustainable, redistributive of wealth, ideas and resources. No Straight Lines demonstrates that we now have the means to truly transform our world, to be more resilient, to be more relevant to us both personally and collectively, socially cohesive, sustainable, economically vibrant and humane, through the tools, capabilities, language and processes at our fingertips. Healthcare, education, transportation, manufacturing, finance and banking all of these and more can be radically overhauled to serve what I call the HumanOS, the Human Operating system. What is stopping us move forward? Culture or myopia of the civil service and politicians, vested interests that are power and money related media and corporations.