Where do big ideas come from? 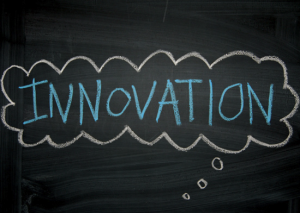 Where do big ideas come from?

Recently I was participating in a workshop that was exploring the question, where do big ideas come from?

We were a group of 20 people and asked to bring with us 2 ideas each that we found intriguing, ideas that we were undecided about but wanted to explore. Then through an intense collaborative process over 2 days we explored those ideas, digging deeper into them, exploring their emergence, their context, their potential for good and also disruption. We explored patterns, connections and looked systemically at these ideas.

At the end of those two days, the team in reflective mode realized they had travelled extensively, not only in exploring ideas, but also learning how to explore potential innovations at a deeper level. There were lessons in how organisations work, how they share information and how they learn – ultimately to the point of how they make better decisions.

If you want better answers you have to ask more questions: One of the lessons I have learnt is that it is how we interrogate a next best, and emergent future is through this process of asking better questions. And this reminds me of the story of Galileo. Lee Smolin in his book Time Reborn explains this rather well,

What’s stunning about Galileo’s work are the new questions he asked – thanks in part to the liberation from ancient dogma that was the legacy of the Italian Renaissance. The ancient distinction between the earthly and divine realms that had long kept people from thinking seems to have left Galileo unimpressed… before he was democratic in his strategy of communication, he was democratic about the universe.

Yet The Scientific Revolution launched by Galileo and Kepler was long delayed because of the idea that the universe was divided into an earthly and a heavenly realm. So belief, ideology and cultural context were restraints to progress.

This capacity to seek new patterns, and build them, however we get there, is key to be being able to evolve a more nuanced and insightful approach to creating, the future. It offers us a means to decode that which previously was unseen and unknown. For example in 2000 I was intrigued by the connection between the universal adoption of technologies, and what defines us human beings. If there was a growing mass adoption of socially orientated technologies and the use of those technologies there had to be an underlying reason. To understand the underlying reason means I could then help my clients make better decisions. That intrigue and work led me to define participatory cultures and tools as a key part of No Straight Lines. And understanding that pattern has led to practical applications which have the capacity to transform education, healthcare, business and civic institutions.

This is hard work, but it is also a much better approach to innovation. My own reflection on my experience of working in this way is that it turns us into better learners, and as better learners we can make decisions that are wiser and have a much greater potential of succeeding.