Who are the real indoor pirates? Barclays Bank 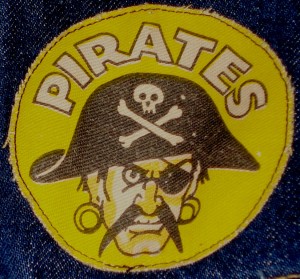 In the road trip that is No Straight Lines, chapter 1 deals with the fallout for society when rampant commercialism takes control over every aspect of our lives. It explores what happens when corporations do not work for the collective good but only for themselves – when the needs of “I” rules exclusively over the needs of “We”.

This is the age of extreme capitalism. what I mean by this is the following in the midst of the financial meltdown in 2008 a friend of mine interviewed the No.4 of a high street bank. This bankers view, was that governments need banks, and so recent circumstances won’t change much. You kind of choke on your cup of tea don’t you? Or find that piece of cake going down “the wrong way”. Especially when that bank was Barclay’s.

Therefore I have not been surprised about the recent news about Barclays Bank – who from 2005 onwards manipulated inter-bank loans so as to disguise the bank’s vulnerability in the run up to the 2008 credit crunch and in so doing mislead the market – as in 2009 I posted about Barclays Bank and its industrial scale tax fraud. I asked the question who are the real pirates? Lord Oakeshott of Seagrove Bay made this statement in the House of Commons warming to his main theme and referencing the Guardian and the fact that Barclays had been extremely busy trying to gag anyone who might say Barclays and tax abuse, in the same sentence, he proceeded,

Why will the Prime Minister and the Treasury not use their power over the banks to stamp out tax abuse right under their nose in London? You do not have to take a Caribbean cruise; all you have to do is get on a boat down the Thames to Canary Wharf. The superb tax gap series in the Guardian shows how big British businesses, both publicly quoted and private, twist and turn to dodge tax in this country. Their glossy corporate governance reports say nothing about paying your fair share of tax to meet your obligations to the society where you operate. Being a good corporate citizen must mean more than putting on green lipstick and ticking the boxes on diversity.

Barclays has developed tax avoidance into a massive profit centre in its own right, with vast sums of the bank’s money touring tax havens on what in one case amounts almost to a three-day super saver return ticket from Canary Wharf, saving Barclays, not the taxpayer, mountains of tax.

Documents leaked to the Liberal Democrats, which appear to detail systematic tax avoidance on a grand scale by Barclays, were injuncted last week. These documents describe deals worth billions of pounds set up by the bank in order to make money out of depriving the UK and foreign exchequers of revenue. Barclays would not last for one minute without the British taxpayer standing behind it, yet it is holding out one hand for taxpayers’ money while it picks taxpayers’ pockets with tax avoidance activities on the other.

A year ago the Barclays chief dazzled the BBC into letting him give a lecture on banking and citizenship, a lecture now sodden with irony. He spoke of the importance of an organisation’s culture, of “how people behave when no one is watching”, and how “our culture must be one where the interests of customers and clients are at the very heart of every decision we make”. Bankers must be good citizens, said Diamond, or there would be social unrest.

Power, money, politics, and a clear moral failure of banks working for society. For example, Thamesmead is a place in London that has 40,000 homes and not one bank, the nearest being 45mins bus ride away as no bank deems it worthy of investing in – the people are too poor. Or how about the 10% of the UK population that does not have access to any form of bank account or reliable form of credit – where 4m people every week borrow from loan sharks, and pay-day-loan organisations as it is their only means to do so. How about the businesses wanting loans to evolve and develop their businesses but are denied that funding?

We have to all think about what type of world we want to live in – as I argue we stand at the farthest edge of the adaptive range of an industrial society that seems above all else to have lost its moral compass. Something that Rowan Williams has recently spoken passionately about.

Journey into our post industrial future: However, in No Straight Lines I also say we have the means to transform our world, to create better for society, to create better organisations that work for society and deliver a vibrancy of economics that delivers a fairer and more regenerative society. So if we are thinking about banking and money where could we go, lets look at some alternative destinations.

We are going to Dalston East London to meet Faisel Rahman founder of Fair Finance that lends to the people banks will not – locking them into a vicious cycle of pay day loan sharking. Faisel shows however the lessons he learnt from Grameen bank in Bangladesh have much relevance in today’s Britain and for 10% of the UK population that does not have access to a bank account. Comment from Muhammed Yunnis founder of Grameenbank and Maria Nowak founder of the microcredit organization ADIE in France. There are also lessons we can all learn about community based microgeneration. (myopia of regulating pay-day-loans)

We are going to Brazil to meet. Gilberto Gil, and Felipe Altenfelder, who is the primary organiser of Circuito Fora do Eixo (Out of the Axis Circuit) is a network created in the end of 2005 by cultural producers from the north, south and west regions of Brazil. They have created their own currency through their success. A demonstrate how self-funding of cultural production works. Fora do Eixo have generated £35m of investment in independent music and the arts in Brazil through the activities of networked collectives.

And then swing by Kickstarter in the US. Kickstarter has been around online for just over two years, and various artists, filmmakers, musicians, writers and designers have used the site to raise more than $75 million for 10,626 “creative projects,” to use Kickstarter’s preferred term. That money has come from 813,205 “backers” — individuals making mostly modest contributions (the most common is $25) to support specific efforts

We are going to Finland to talk to Jouko Ahvenianen, Valto Loikkanen, and Markus Lampinen, founders of the Grow Venture Community – who say ‘everyone should be funding start-ups’ (creating a financing systems to do so), and the next Silicon Valley is not a place but a platform. They have 15000 members in 200 countries in under 36 months. We will talk to key people in the SEC (Securities and Exchange Commission) in the US to understand why legislation is being evolved to accommodate micro and crowd funding models.

We are going to the JAK Bank in Sweden that operates an interest-free savings and loan system since 1970. One borrows by accumulating points to support the borrowing these points can be contributed to by a group, family or friends, In this way the savings system itself encourages a feeling of self-help and community spirit. It is a self-sustaining system.

And we are also going to drop in on money lending business Zopa in the UK, that finds more ethical and sustainable ways in which people lend money to each other, and chat to Prosper. And finally we are going to drop by at Triodos that describes itself as an ethical online bank where it offers full transparency.

Ethical banking, finance and lending can be good for society we need to think about how we create lasting resilient wealth for future generations – but these organisations must work for the collective good and currently that is simply just not the case. We need radical systemic reform of how banks operate.We need to reschool ourselves and explore what sustains a more open regenerative society.

Remember the occupy protests outside St. Pauls – piracy on the high seas? Nope right now its happening on our high streets.