James Graham Ballard was an English novelist, short story writer, and prominent member of the New Wave movement in science fiction. His best-known books are Crash (1973), adapted into a film by David Cronenberg, and the semi-autobiographical Empire of the Sun (1984), made into a film by Steven Spielberg, based on Ballard’s boyhood in the International Settlement and internment by the Japanese Imperial Army during the Second World War.

The literary distinctiveness of his work has given rise to the adjective “Ballardian”, defined by the Collins English Dictionary as “resembling or suggestive of the conditions described in J. G. Ballard’s novels and stories, especially dystopian modernity, bleak man-made landscapes and the psychological effects of technological, social or environmental developments. 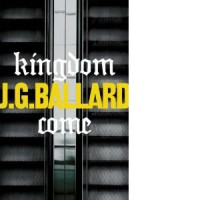