Jeffrey David Sachs (pronounced /ˈsæks/; born November 5, 1954, in Detroit, Michigan) is an American economist and Director of the Earth Institute at Columbia University. One of the youngest economics professors in the history of Harvard University, Sachs became known for his role as an adviser to Eastern European and developing country governments in the implementation of so-called economic shock therapy during the transition from communism to a market system or during periods of economic crisis. Some of his recommendations have been considered controversial. Subsequently he has been known for his work on the challenges of economic development, environmental sustainability, poverty alleviation, debt cancellation, and globalization. 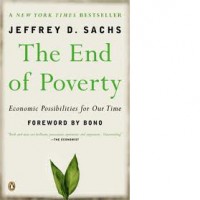 The End of Poverty: Economic possibilities for our time