Maurice Merleau-Ponty was a French phenomenological philosopher, strongly influenced by Karl Marx, Edmund Husserl and Martin Heidegger in addition to being closely associated with Jean-Paul Sartre (who later stated he had been “converted” to Marxism by Merleau-Ponty) and Simone de Beauvoir. At the core of Merleau-Ponty’s philosophy is a sustained argument for the foundational role that perception plays in understanding the world as well as engaging with the world. Like the other major phenomenologists Merleau-Ponty expressed his philosophical insights in writings on art, literature, linguistics, and politics. He was the only major phenomenologist of the first half of the twentieth century to engage extensively with the sciences and especially with descriptive psychology. Because of this engagement his writings have become influential in the recent project of naturalizing phenomenology, in which phenomenologists use the results of psychology and cognitive science. 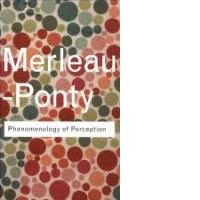