wikipedia entry: http://en.wikipedia.org/wiki/Max_DePree
Max De Pree is businessman and American writer. A son of D.J. De Pree, founder of Herman Miller office furniture company, he and his brother Hugh De Pree assumed leadership of the company the early 1960s. He succeeded his brother Hugh as CEO in the mid-1980s and served in that capacity to 1990. His book Leadership is an Art has sold more than 800,000 copies. In 1992, De Pree was inducted into Junior Achievement’s U.S. Business Hall of Fame. He has been involved with the Max De Pree Center for Leadership (established in 1996 as the De Pree Center) since its establishment. 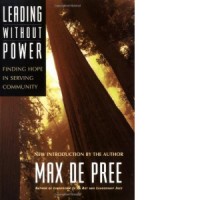 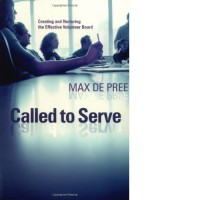 Called to Serve: Creating and Nurturing the Effective Volunteer Board