Crafting a new pursuit of happiness: re-ordering work and play 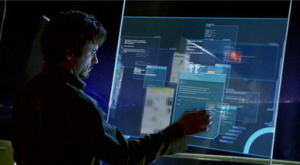 The craftsman is always in beta

One of my interests is how and why we work, what motivates us, and how can a values based systems help us make meaningful work. Here is an excerpt Chapter 6 of No Straight Lines:

Reflecting on how a true sense of authentic participation changes our sense of engagement with the world, it’s time to turn to the idea and language of craftsmanship, and its integral role in the connection between I + We. This is part and parcel of the unfolding of ideas and language that can help us describe the possibilities of a regenerative and open society that so many now argue for.

Social philosopher Richard Sennett’s book The Craftsman is an exploration into the idea of craftsmanship. His journey begins with the basics of technique and personal expression that define the mechanics of craftsmanship. Then he applies that philosophy to how craftsmanship could be at the epicentre of social good in modern society. Sennett’s view is that craftsmanship is an innate capability in nearly all of us, and that ‘nature furnished humanity at large with the intelligence to do good work (craft skills)’. The consequence of which was we became engaged citizens. He writes: ‘Our species ability to make things reveals more what we share. Learning to work well enables people to govern themselves and become good citizens.’

It is this deep thinking around the deep social constructs of craftsmanship which allows us to envision how as humanity and individuals we are able to re-engage meaningfully with each other, and feel respected within a wider group. I + We = social cohesion. ‘Man seeks those tools that once again can be the bringer of peace and be a maker not a breaker of civilisation, man uses and applies those tools for the collective good’, argues Sennett.

Working well: Reflecting on the craftsman analogy, Sennett explores how and why people will work well, which is opposite to the capitalist-held view that the motivation to work well is defined not by the need to do good work, to collaborate and find meaning in that work, but by pure competition. But the combination of craftsmanship and participatory cultures demand by default that we must work together collectively to high standards.

Adam Smith declared in The Wealth of Nations that in a factory ‘the man whose whole life is spent in performing a few simple operations … becomes as stupid and as ignorant as it is possible for a human creature to become’. Craftsmanship in the 21st century provides us with a framework to reverse this trend. Sennett tells us that the craftsman constructs authentically. His honesty is communicated through his work, which then holds an inherent eternal truth. And the craftsman represents all of us with a desire to do something well, concretely and for reasons for other than material profit. It’s the unleashing of this deep motivation that we seek.

What is we were to evolve craftsmanship as a true practice for all of us, what is we could talk about the crafted organisation, that could operate from a position of deep self-belief, always in beta and confident to face the future?