Creating the necessary conditions for a true economic renaissance 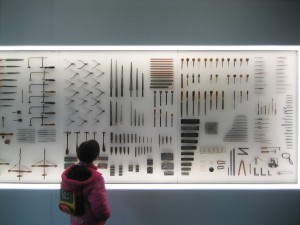 new tools needed for a new economy. The Law is no different

This article was first published in Criminal Law and Justice Weekly. January 25 2014. Full disclosure I am advising the Legal Services company LawBite

There is a view that the recovery of our economy in the UK is underway. This, however, is not entirely true, because true regeneration is investment-led, not consumer-driven. In fact, new companies generate 80% of growth, new jobs, and inward investment, despite the contradictory message from the financial press. It is these innovators, through sheer entrepreneurial endeavour, that are largely building the future rather than trying to protect the past.

Yet the ratios for capital formation in this country are terrible; broadly-speaking the percentage of GDP that is invested each year.  We have the lowest ratio in the OECD and our capital formation rate was 14% last year. China’s is over 50%. Our companies are sitting on some £284 billion of cash. We may as well just be sitting on it like Smaug in The Hobbit.

New tools for a new economy: venture capital markets and risk: There is a pressing need to embrace the new. Increasingly, more established companies and industries are struggling to adapt to a new economy enabled by digital communications tools and technologies. And as these institutions fail, entrepreneurialism begins to accelerate to meet the challenges of the world we live in today. The law is no exception, and as the great artist Wassily Kandinsky wrote – every work of art is a child of its time. In addition, innovation must be funded. For the last 50 years a large chunk of those funds have come from the venture capital community. But, in the same way that other parts of the industrial model are flagging, venture capital funding is no different. The Go4Venture monthly report, as far back as March 2010, stated that:

The report also pointed out that, as venture capital funding became less venture focused (read ‘risk averse’), many entrepreneurs have had to become ‘creative’ in terms of fundraising to feed the innovation machine. In fact, more money is raised through friends and family than through conventional venture capital funds.

The rise and rise of crowdfunding: There is a real urgency for innovation in the legal services industry, which is central to a thriving economy. Our company, LawBite, was created as a new type of legal services firm to support innovation, startups and the SME market. In fact, the Minister for Skills and Enterprise, Matthew Hancock used our business as an example of the type of innovation required to allow UK SMEs to prosper.

Too few investors were prepared to ‘risk’ putting their cash into our company. Frustrated that securing funding had become more of an epic quest of ever decreasing returns, the team decided that it was time to turn to crowdfunding and the crowdfunding platform CrowdCube.

There’s a saying – when institutions fail, people learn to get what they need from each other. Crowdfunding is distinctly different to traditional funding models.  Based upon networks of individuals, ‘the crowd’ represents a collective form of intelligence. More importantly, this is democratising financial capital and the creation of a new innovation ecosystem – to accelerate deal flow, that creates more companies, that creates more jobs.

So when LawBite used crowdfunding platform Crowdube for its first raise, that round was oversubscribed. A staggering £450,000 was raised in cash and kind in just 10 days, making it the fastest raise on Crowdcube to date, as well as being listed in the top 10 of equity crowdfunds at the National Association of Crowdfunding.

What does this tell us? That there was a real appetite for viable legal services that could help SMEs; the business idea was sound, and the design of the business also appealed. This insight connects to the observation that venture capital funds are limited by the knowledge of the managers, and in fact their framework for investing – which may not be same as the start up.

Democratising the Law for SMEs: Since then, LawBite has experienced a surge in international interest and has cemented partnership agreements with a string of affiliates in the UK. Having recorded 2,000 signups in just three months, the firm has now trebled its profit target for the third year. The business opportunities are evolving almost daily and we are now seeking to raise a further £120k from Crowdcube investors to fund these new opportunities – to date and only going live last week we have hit 50%+ of our target.