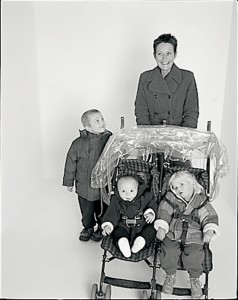 Crowdfunding has the potential to be more redistributive to society

Crowdfunding changes the rules for investing: In many ways Crowdfunding has come about because the Venture Capital market for startups has failed. So it is not surprising that a wide variety of startups are now finding their initial capital from crowdfunding platforms. It is predicted that by 2014 $5.1bn will have been raised through crowdfunding platforms. The US makes a big noise about Crowdfunding, however regulation here is in fact more relaxed than the US, which is why we have a more developed market for equity crowdfunding than in the USA. That said the JOBS ACT which took a great deal of lobbying in Washington is going to make a fundamental difference to investing in startups in the US. If we want the UK economy to fly we need more startups and these will increasingly be financed initially by crowdfunding.

So what lessons can we draw?: There is a saying that when institutions fail, people learn to get what they need from each other. This is true in the funding of startups and SMEs, even in that last few months we have seen larger raises of equity funds in the UK. It is poor vision to dismiss crowfunding as a fad, and inconsequential to the overall funding market. There are a growing number of viable alternatives to funding, and financial advisors need to understand the macro trend happening globally and also understand the legal constraints. It is a dangerous thing not to stay curious or to believe in the eternal status quo – redundancy is not always something that happens to others.

New products and services: It maybe that rather than investing in pensions (an increasingly dubious safety net), one might invest £50.00 or £100 a month in crowdfunded products and services. For example a person might want to only invest in ethical companies that are SEIS, or EIS approved that are hugely advantageous to investors. Financial advisors will need to be aware to these potential developments.

The power of networks: Crowdfunding is distinctly different to traditional funding models, based upon networks of individuals and sometimes companies. And it has its own power, for example to pre-test a market idea, LawBite was oversubscribed when listed on Crowdcube, when traditional VC’s were unsure, crowdfunders often become a support network, and are great marketers for the business. Risk is mitigated and often the community that forms a body of crowdfunders are deeply invested in the idea and potential of the business. This is a great asset for any fledgling company.

This network model enables and supports innovation and entrepreneurship at a global scale. This is in fact the economy of scope – the globally networked society in startup crowdfunding. Combine that with the changing landscape concerning the regulation of equity in the crowdfunding for startups… and we are midwives to a new and better way of in this instance, the funding of innovation and startup’s. The network as they say is mightier than the node.