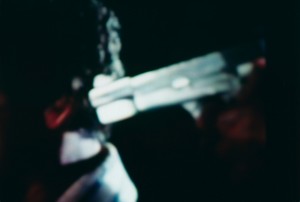 Higher performaning organizations through respect for people, for our humanity: this post is based on some reflecting and a desire to demonstrate a real and effective, cost efficient way to create organisations that out-perform others. Performance in terms of effectiveness, in terms of quality of care or output of products and services. Performance in terms of adding to the value of society. But first we need to talk about command-and-control and the notion that fear is the prime source of motivation in command-and-control organisations. Fear of what will happen if you:

If people spend their time avoiding trouble. It is unlikely that they’ll spend much time learning/contributing/and improving performance.

It is no surprise that we see stress amongst people who work in command-and-control organisations. How should we tackle the problem? With stress management training programmes? Surely these only tackle symptoms, if they are of any value at all. It would be better to tackle the causes; to remove the sources of stress and replace them with conditions which facilitate learning and improvement. Paradoxically, less stress means greater economic vitality. 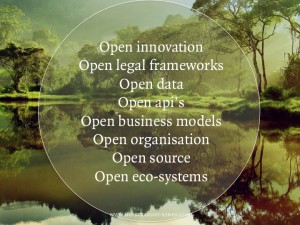 Openness is resilience, leadership with purpose: Whereas one can see what happens when people exist in an open culture, which is led by purpose rather than a kpi. Two very different stories spring to mind, [1] the organisational systems change that was delivered through a process of participatory leadership in Nova Scotia for public health, [2] in Japan with Toyota.

If you start to think about designing for whole systems with real human beings operating in those systems – I believe we see a very different organisational design emerge. In the words of Jim Womack,

People are looking in the wrong end of the telescope when they think that the purpose of the organization is cost reduction.

And it was Deming who spoke of the 94/6 rule, where 96% of problems can be traced to the process and only 6% to the person. But it is mostly the person that is measured and judged accordingly. His view hitting people with a big stick does not increase productivity or performance. It is he said, ‘the system of work that needs to be acted upon’. This can be tragic in its consequences, for example the failure at North Staffs Hospital in which many people died through poor care in tragic circumstances. If one reads the report one can see Jim Womacks words as prophetic. And people are right to be profoundly angry. It is impossible to run organisations that depend on many people collaborating together like they are machines. People, consultants, managers that wish to view organisational performance through the efficiency lens suffer from acute myopia.

Real knowledge resides in the minds of the many in an organisation: People like Deming, Otto Scharmer, Toke Møller, true systems thinkers have all described the empowering potential of the open purpose led workforce, in which people have true agency.

For the territory of Ontario’s public health care system – when faced with challenges that were highly complex and deeply ambiguous, asked the key question, how do we discover and harness the deep knowledge that resides in the many people that both run and use that healthcare system – to deliver a better performing healthcare system?

Participatory leadership: In Nova Scotia, large-scale change to the public health care system is happening through a process called Participatory Leadership, in which public health practitioners and others are co-designing and co-creating solutions to challenging organisational issues. This process allows all participants to contribute to—and thereby embrace—systems change. For context: Nova Scotia is 1 of 10 provinces and 3 territories in Canada with a population of almost 1 million people. The public health system employs approximately 500 staff in 38 office locations, and has a $52 million budget.

Many organizations faced with the significant challenges of improving organisational capability, creating better services, and becoming more agile—often with less money—forget that the key to the best possible future lies in the minds of the many that use, create, and deliver these services everyday. If an organisation can harness that deep knowledge, powerful change for the better can unfold naturally.

This key insight is no different to how Toyota was able to become the manufacturing powerhouse that it did. Toyota, believed in what what is called continuous value enhancement rather than waste reduction. This was achieved by enabling employees to improve their own operation and to instill the organisation with the pride of craftsmanship. Something I have written about extensively. Both these approaches are the complete opposite to the command-and-control philosophy and practice of a mass manufacturing where workers are asked to be powerless, joyless automatons. Eiji Toyoda believed,

People are the most important asset of Toyota, and the determinant of the rise and fall of Toyota. 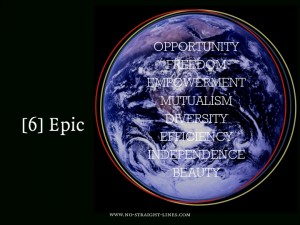 EPIC: Designing for the Human-OS

In service to the greater collective good: In Chinese there is a phrase called Jing Yi, meaning, the essential core for the benefit of all people. Toyota’s concept of quality was that it had to produce a superior product, it had to create enduring value for the company and value for its employees, that they were not denied their dignity and pride in their workmanship, their craftsmanship. And finally, value for the wider society.

The way we think, the language we use shapes and limits our world: so the limits of our language, limits our world view and how we act in it. We must be able to frame our world philosophically before we pick up tools to act, to do. Its the system stupid that counts.

Better much better does not necessarily have to cost the earth: this is a mantra of mine having looked at many different organisations that have transformed themselves. Seeing quality as a whole systems output means that highly quality and performance is achieved at a lower cost. This is where when trying to chop a whole system into bits to focus on bits of efficiency creates such epic failure conjoined normally with a blame culture on the individual – it is a mephisto waltz to the death.

Transformation through people power: Director of Health in Nova Scotia Janet Braunstein Moody explains, “We are doing things today that would not be possible if participatory leadership wasn’t the core operating process of the organisation.” She describes the process as initiating, sensing, “presencing,” creating, and evolving, where the defining purpose of the organization and how the work is done is supported by intensive collaborative practices.

After working in healthcare for many years, Moody says she has realized that you can do almost anything with a shared vision; when there is awareness and comprehension of that shared vision, the needs of the whole outweigh the needs of the individual. This methodology has worked well in several areas, including budgeting; public health budgets are reviewed together and decisions on how best to spend that budget are now made as a group.

Better decision-making: this system also means wise decisions get made, faster. In a recent meeting on policy legislation, one observer commented, “I have been working in policy legislation for 25 years. I have seen people trying for months, if not years, without success to achieve what you have in four hours.” Moody explains the reason why this works is because the organisational paradigm is inverted from top down. It’s built upon meaningful networks of relationships that are truly collaborative, and that evolve a shared vision and understanding of what needs to be done. Everyone can see the problem from a holistic perspective, and therefore has a greater appreciation for the right course of action.

Summary: It is not extraordinary that we are humans, we know our humanness, what motivates us, yet when it comes to large scale organisations and the business of business we seem to forget all that. We use a language and set of rules that ultimately does great damage to us as people as in the case of North Staffordshire hospital – so the idea that Jeremy Hunt is proposing the prosecution of nursing staff for poor care  demonstrates a complete lack of understanding of the true nature of the failure in the first place. Remember Jim Womack and read John Seddon on this. Its not that bad people should be punished but Deming’s 94/6 rule says it all.

In a non-linear context we design for whole systems, we design for the human context (respect of people and the planet we live on), we design for higher performance, greater and enduring quality, at a cost that does not have to cost the earth. This statement is based not on idealism – but on what I can, and you should, see around you. It is at times counter intuitive, which means at times unlearning that which we hold fast as an unbreakable truth.

One Response to High performance organizations through respect for people