[1] Juvenile courts in the U.S. annually process an estimated 1.7 million cases of youth charged with a delinquency offense – approximately 4,600 delinquency cases a day.

[2] Two-thirds of males and three-quarters of females in the juvenile justice system meet the criteria for one of more psychiatric disorders. And often the children have been sexually abused. In one case all 88 female inmates had been victims of sexual abuse.

[3] The state of California spends $224,712 annually to house a juvenile in the new “green” Oakland facility. Oakland spent $4,945 on the education of a child in the Oakland public school system. 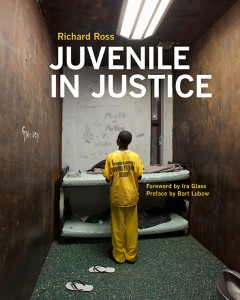 These are but a few of the statistics that are incarcerated within the book of photographs entitled Juvenile In Justice by Richard Ross. This is how Ross explains his odyssey,

Juvenile In Justice documents the placement and treatment of American juveniles housed by law in facilities that treat, confine, punish, assist and, occasionally, harm them. My medium is a conscience.

For the past five years, I have interviewed and photographed both pre-adjudicated and committed youth in the juvenile justice system. To date, I have interviewed and photographed over 1,000 juveniles and administrators at 300+ facilities in 30 states in the U.S. Earl Dunlap, the Director of Cooke County Detention Center, welcomed me to his facility with the words: “Welcome to the gates of hell.” I am turning my lens towards the juvenile justice system and using what I have learned in 40+ years of photography to create a database of compelling images to instigate policy reform. My products are unbiased photographic and textual evidence of a system that houses more than 100,000 kids every day.

Humanity moaning in ennui: The work for me is viscerally tangible, the images speak of a mechanistic society that uses incarceration as metaphor for crime and punishment for the wider American society, moreover it is an allegory of a humanity moaning in ennui – struggling with itself and what is has created. It certainly is not a celebration of what a regenerative society looks like.

And as long as we as a society don’t connect to the tangible reality its OK – because the concept of justice is being done whilst we comfortably watch re-runs of The Big Bang Theory or Sex in the City. And whilst these play out on television screens a Dante’s Inferno Kids Special plays 24/7 – 365 days a year in the real world.

I defy anyone who picks this book up not to be moved, and then ask how did we get to this place? Sitting round the kitchen table, I watched both my wife and daughter find the images and more importantly the stories told shall we say challenging, because, they ask important and pressing questions of us – what type of society do we want to exist in? Why are we so removed from the reality of prison if it supposed to serve the public good? I suspect it is because many would prefer us not see where tax payers money goes.

Go figure: Ross tells me a story of a young boy, who has mental health problems, and is under 14. He shot his father dead with a gun. Why? Because his father had systematically raped his son since he could remember, then he started on the boys younger sister – so to protect her he shot his father whilst he slept. The boy is in jail, as Ross would say, ‘Go figure’.

Extraction of raw material for profit: In the US all prisons are privatised – when you run a ‘for profit’ organisation based upon an industrial model you need to input raw material to extract value – cash. In this instance the raw materials are juveniles from whose incarceration cash is extracted via the tax payer. So here’s a simple game plan one invests in prisons, and then lobbies to ensure the law accommodates easier sentencing and longer jail terms – because the more raw material one inputs the more value is extracted. Some Senators are in jail today for doing precisely that. In my book No Straight Lines, I present the case we stand at the adaptive edge of our industrial society as we unable to deal with the complex challenges of a more complex world. Juvenile In Justice simply points to that reality an industrial world vision that fails to meet the needs of humanity. 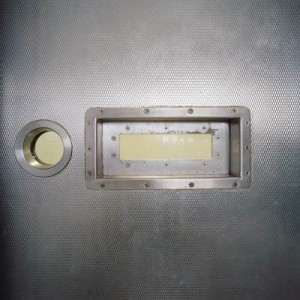 System failure: This system is dehumanising, Bart Lubow Director of the Juvenile Justice Strategy Group argues that the facilities (utilitarian word) are abusive and dangerous places, are unnecessary ineffective, and waste tax-payers dollars. Gladys Carrión New Yorks Commissioner of the Office of Children and Family Services has called for the closure of Juvenile detention centres and to open up therapeutic programmes situated within the communities from which these kids come. The New York Times reported that for these efforts Carrión ‘met fierce and predictably self-interested resistance from the unions representing workers in juvenile prisons and their allies in Albany.’ As they say – sometimes being right is not necessarily the right thing to be. This represents a systems design challenge and one in which the children are not put first. Further more New York’s facilities are so disastrous and inhumane that state officials recently asked the courts to refrain from sending children to them, except in cases in which they presented a clear danger to the public. According to a study of children released from custody between 1991 and 1995, 89 percent of the boys and 81 percent of the girls were eventually rearrested. You can see from a commercial perspective this is great business – from the vista point of the wellbeing of society it is calamitous. 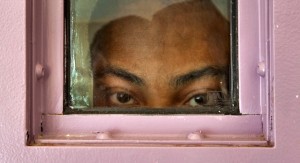 A public health warning: Take time to read Ross’s images, yes read them closely don’t just gaze at them, in so doing you will become a connoisseur and expert on the architecture of authority as others have done – by which I mean companies and organisations have spent a great deal of time designing isolation cells, restraining equipment and the shackles that bind these mortal souls to their confinement. And those same organisations have spent a great deal of time thinking about how and why these kids go to jail and where the money flows too.

How much can humanity take? How far do we need to deconstruct humanity before we say enough? Today in Britain we are accelerating the privatisation of institutions that are supposed to serve the public good. I would suggest Ross sends us an urgent lesson we must heed. Our industrial society is overwhelmed with complexity, we see institutional failure to manage this complexity and we see the same reflex – the privatisation of the problem in the hope that problem goes away. The reality is it does not. In one institution Ross was greeted with the sign, “bring me more children”, ergo raw material. Crime and punishment is one of those deeply divisive issues, yet without compassion we as a humanity are nothing. And as Bart Lubow and Gladys Carrión point out that by dehumanising such young and vulnerable children to the point of deconstruction we simply make real monsters of them.

Fearless and unorthodox: Reinventing the American Dream: I first met Ross as an artist in Vienna in 1990 when he was part of a show called Reinventing the American Dream – on writing this piece I think there is a deep and latent irony in the name of that show. At the time I had no idea that he and I would become great lifelong friends. I had no idea how much I would end up respecting this man – respecting his craft as a photographer, respecting his sharp intelligence, respecting him as a human being and ultimately respecting him for the work he has tirelessly undertaken over the last 5 years. Which reminds me of George Orwell who wrote: ‘To write in plain, vigorous language, one has to think fearlessly and if one thinks fearlessly one cannot be politically orthodox.’ I commend Ross in undertaking exactly that task.  Juvenile In Justice