I have been reflecting on Paul Mason’s article in the Guardian on Feb 5th. 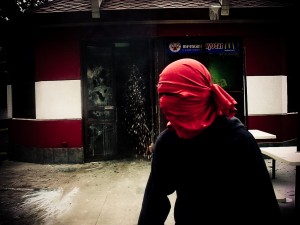 When people feel powerless, their style of reaction takes us back to a different age and a different time. Visceral protest. These reactions are representative of, I would argue, a desire for a moral economy, something that Amartya Sen describes in his work The Idea of Justice. Or social justice, as Sen asks, ‘is justice an ideal, forever beyond our grasp, or something that may actually guide our practical decisions and enhance our lives?’ Which also connects to Manual Castells work on Communication Power, where he argues that we live in the midst of a revolution in communication technologies that affects the way in which people feel, think, and behave. The media he says has become the space where power duals are played out. Because I believe all social revolutions are enabled by communication technologies and social revolutions are ignited by concentrations of unaccountable power. But more than that many people are awakening to the fact that what has been sold as aspiration towards material wealth and the only signifier of success is out of their reach – period. As Paul Mason writes:

here is a change in consciousness, the intuition that something big is possible; that a great change in the world’s priorities is within people’s grasp. The impervious nature of official politics – its inability to swerve even slightly towards the critique of capitalism intuitively felt by millions of people – has deepened the sense of alienation and mistrust.

I remember being in Athens speaking at the Foreign Ministry before ‘it all kicked off’ in the back of a taxi. The taxi driver said to me, ‘look, look at them’, nodding towards perhaps 50 people at a bus stop, ‘nobody takes taxis anymore, and once upon a time everyone in Greece smiled not today!’ I looked out the window, men, women and children, who represented many classes and types of industry were all grouped around the bus stop. No one was smiling.

And it was to get much worse as we know. There are deep misgivings about our democratic process, to the point where populations are seeking alternative ways of getting stuff done, or taking protest into their own hands. To a point where it becomes a social and political issue. We will see more of that I am sure. Because growing numbers of people are turning their backs on on formal party politics. Its no longer a public lie, but a public truth. That there is consistent dishonesty and even irrelevance in how our societies and economies are run – for the common people. As Mason points out,

To survive, the young have become a generation of drifters, reliving the plotlines of movies from the 1930s. Without some massive and cathartic turnaround, the generation in their 20s, in the west, will never accumulate pay, conditions or savings at the level their parents did. What they are accumulating is resentment.

But as we see, special effort is now being directed towards those that would protest too much. Yet this is interesting. After 9/11 Bush effectively snubbed out the anti-globalization movement for a period of time, yet it came back – stronger and more capable. Whether that be with wikileaks, Anonymous, or the occupy movement protest has become more sophisticated, and also we have the rise of social entrepreneurial activity in almost every industry that defines our societies. This is interesting, as these people have a point of view and place their energies in creative entrepreneurial expression. Not waiting for permission to bring the new into the world.

There is already a counter culture underway, described in Paul Hawkens book Blessed Unrest and many others. And also well covered and documented in Michel Bauwens work @ the p2p Foundation. Communication technologies are the tools for social change but, they are not the drivers. I believe we are seeking something greater than our current design and offering has to give us. The slacker, Gen X, Gen Y, whatever did something extraordinary after Hurricane Sandy,

By mid 2012, wherever you went in Spain, you could find movements of the working class and poor that had become infused with a 5% dose of horizontalist activism. In the US, when Superstorm Sandy devastated parts of New York and New Jersey in November 2012, overwhelming the federal emergency response services, Occupy activists surged into the breach, organising food kitchens, emergency power supplies, informal car ferry schemes and emergency shelters. Soon the hashtag #OccupySandy was trending.

And Mason makes the point that the expression of wanting a different type of world is cumulative. From Tahrir to Puerta del Sol, he says, the most important thing about the slogans, images and gestures is not what they said in isolation but what they expressed cumulatively. This is a different type of expression, at an overall human scale. It is as powerful as Hurricane Sandy if not bigger and more enduring.

John Keane in his landmark book The Life and Death of Democracy, writes

democracy is utterly unique. Exactly because it means, minimally, the self-government of equals – their freedom from bossing, violence, injustice, dogmas, and metaphysical claims – it demands more than humans seem willing, or are often capable of giving.

So my point is, and something explored in No Straight Lines, that people, humanity are seeking an upgrade to our current condition. It wont be easy, it wont be short, and it will be difficult But there is an energy in its momentum. Are we capable of giving (as Keane contends) to this next haul? I think the answer is yes.

Finally, the title, necessity hath no law – simply, when we are pushed into a place to make change that is necessary there is no law that will restrain, nor stop its progress.