Of corporations serving the collective good 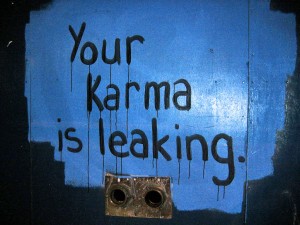 Modern law facilitates the creation and operation of corporations because – and only to the extent that – they serve our collective as well as our individual needs and aspirations. The privileges such entities enjoy should be framed with the primary objective of helping them to meet these needs.

The question we have to ask therefore are corporations today truly serving the collective good? Or are they sticking purely to the fundamentals? In The Twilight of Sovereignty Walter Wriston former CEO of CitiCorp predicted that markets would undermine the traditional role of government – something Wriston celebrated. Of course this has consequences…

In the novella The Reluctant Fundamentalist, by Mohsin Hamid Ait-Ouyahia one comes to realise that the real fundamentalism we are concerned with is that extreme strain of market capitalist ideology pursued by an American company, and specifically that practised by the central character’s former employer, Underwood Samson, whose mantra is ‘focus on the fundamentals’. As the central character Changez writes about his colleagues

I … found myself wondering by what quirk of human history my companions — many of whom I would have regarded as upstarts in my own country, so devoid of refinement were they — were in a position to conduct themselves in the world as though they were its ruling class.

As explained in No Straight Lines: ‘Capitalists are capitalism’s worst enemy’, writes John Kay – ‘and particularly the market fundamentalist tendency which has been in the ascendant for the last 20 years.’ Kay adds: ‘Once we appreciate the historical anomaly of the post-war moment, we might see the capitalism of our own day in a proper light. With its imperious bosses, its overworked employees, and its benediction of uncomplaining servility to the prerogatives of money and power, the ‘new capitalism’ emerges as the same old monster it always was, just larger, faster, and colder at heart than ever’.

Paul Hawkin wrote in The Ecology of Commerce that business is such an efficient form of human endevour, with many positive attributes, that it is difficult to comprehend how it has become so destructive. It is not enough to say that business should be more ethical, or that we should use recycled materials and encourage car pooling. What is required is a total redesign of what it means to be in business at the latter stages of the twentieth century. And that is the mission behind No Straight Lines, its purpose and aspirations – the radical re-design of business, that can perform better as well as having ethics as a core part of its DNA.