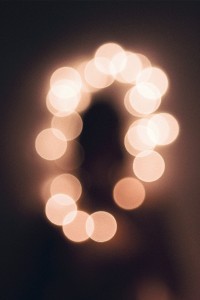 Ambiguity is not all that it is cracked up to be.

Reading an article recently about Eliot Perlman who wrote what is considered a masterwork called Seven Types of Ambiguity. This has intrigued me, as Principle 1 in No Straight Lines is Ambiguity. How does one make sense of an ambiguous world. This question is important to ask when there is significant disruption, or change in our lives, in industry, and when we see catastrophic failure and cannot arrive at a true diagnostic.

Trying to treat a system like a machine say when really it works like a network. I could not think of 7 types of ambiguity – but I got to 6.

[2] TECHNOLOGY: Organisations are unable to understand and see the potential implications of new technologies. Because the technology looks so different to that they used to become dominant they are not curious enough to better understand the what, the how and the why!

[3] HUBRIS: Hubris has gravitational pull – top down not bottom up. Arrogance is a management culture in love with its own success, power, the system in which gave them the power in the first place. Why change that which one has worked so hard for? There is a refusal to accept that all life is dynamic. This is a culture that takes a fixed philosophical view of the world – which can lead to myopia.

[4] LANGUAGE: We use language to describe everything, the language we use shapes the way we see the world, and thereafter act in it. We need to evolve how we see the world, be able to describe new destinations and possibilities – these are acts of Adaptiveness and Craftsmanship. Having the capacity to describe new business models, new processes, new tools and how they could be used and having the ability to synthesise is key.

[5] SOCIAL DRIVERS: organisations forget they are part of the wider society, and become removed from wanting to understand deeper social forces at work. Again, when society shifts, without having the capacity to empathise organisations lay the foundations for their own demise.

[6] LINEAR MINDSET MATHS PRIOR TO NATURE: entrenched views that the world can be broken into smaller and smaller bits to better manage efficiency, and that maths is prior to nature has led many organisations to fail delivery of value. Rather than accepting the interconnectedness of the world, its power and complexity – a linear mindset chooses to smash life to ‘in theory’, manage it better. Its not that numbers are not important, but the fact that they have become a tryanny slideruling themselves over all aspects of our lives.

Getting out of ambiguity: One can think of all organisations as a system, a set of interconnected moving parts. Toyota’s success has been built upon understanding this and working end-to-end on a 100% clarity on its focus on quality and continuous improvement. Few ask themselves the question – “What is the purpose of the organisation, what we do, what I do?” And curiously, and this still baffles me, why we don’t always everyday work towards and create for best possible outcomes?

The then question arises – how capable are we on delivering on our purpose? In dealing with ambiguity, when it is difficult to understand why things are going wrong – we have to be able to create a diagnostic approach to the organisation as a system, and look at what is called the systems conditions – “What are the reasons that the system is as it is”. Then looking at the systems conditions, the next question is, “What makes the system conditions?” And the answer is management thinking.

11 Responses to Six types of ambiguity