The art of living together and the art of dying 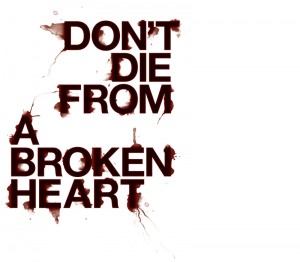 The art of living well and dying well

James Mitchell used this phrase ‘the art of living together’, recently in Edinburgh. A phrase he articulated to mean what politics at its best and most basic should be about. Think of the component parts and what they mean: ‘art’ and ‘living together’: they denote craft, non-scientific discipline, emotional insight, and an awareness and understanding of differences and transcending them.

That is a beautiful and elegant way of framing the true potential of a political economy explored by Gerry Hassan In The Art of living together and the art of dying, He writes

This relates to the idea of ‘the art of dying’, a concept previously explored by Roanne Dods in her work with Mission Models Money (2) (and perhaps not unconnected, a George Harrison track on his epic ‘All Things Must Pass’ album).

If an older Scotland is withering and in systematic decline in front of us – we have to be able to understand it and the numerous ways society is changing. The ‘high Scotland’ of 1945-75, which some have a conspicuous yearning and nostalgia for, has gone forever. The society of elders who have dominated public life for long, whether it be institutionally or as experts and commentators, have articulated what can only be called a political and cultural miserablism – which is ill-at-ease with the political moment.

We have to be able to embrace a culture of collective dignity which allows individuals and institutions to exit public life, with a bit of grace, but sometimes encouraging them to speed up. This could be called practicing ‘the art of dying well’ offering an opening to be able to begin discussing such issues in public.

Of course dying is tough, all living things struggle, days die gasping for the every last ray of light. But can we, or institutions die well? Of course this idea is not only related to Scotland – how many institutions do we know that should die, will die, but don’t die well. With all the consequent problems.

Hassan’s dying bit is well worth a read, but I suggest read it within a broader context of the constraints of our current political, social and economic frameworks that provides small latitude for real transformation to happen.

Living together well, dying with grace, and creating the new with energy and imagination: So it’s time to think the unthinkable, whether the challenges we face are commercial or  civic in nature, small or large scale, the ability to resolve those challenges by a framework that is more holistic and open provides us with the means to imagine an alternative approach that is more humane, more sustainable and potentially a lot less costly. Humanity is in a constant state of evolution, and now we have the means to progress, where we can tread more lightly, and provide a more sustainable future both for the sake of this planet but also for humanity, which has over the last 150 years paid a heavy price for our fast-paced industrialised world. As I pointed out earlier, throughout large swathes of our world we have become more machine like than perhaps we understand, and I make the case that as a species we are rebelling against living our lives as constructs of the machine age that can no longer support us. It is time to create the new.