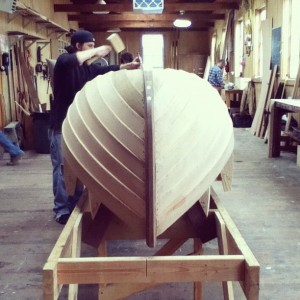 I have been looking recently at performance of organisations. How can they perform better economically and culturally. As for me non-linear innovation delivers multiple benefits – and primary is that one designs organisations around humanity, the needs and the context of humanity. Our motivations are based up identity, belonging, a shared narrative with shared symbols of meaning. These speak to us individually but binds us collectively. Money is the lowest motivator for the vast majority of people.

As someone once wrote

20th Century economics mistakenly assumed that market transactions are an ideal and even default model for human interactions. But some kinds of value can’t be created by markets, only by a set of shared and mutually coordinating assumptions – which are cultural.

In the US organisations that fail to engage their employees costs that country $300 billion a year. So when a management board in command and control mode drives its workforce like a machine in the quest of maximising the quarterly numbers it is in fact destroying value not creating it, and it is unsustainable. And just recently Gallup posted that disengaged employees may be impeding India’s growth.

People are essentially losing their dignity – C. Wright Mills, John Seddon, Richard Sennett, Charles Handy, have all demonstrated what happens we peoples humanity is eroded within the context of the work place. Its common sense, but for the managerial class, completely counter intuitive. This is not new information. As Eiji Toyoda founder of what is called The Toyota Way, said, people are the most important asset of Toyota, and the determinant of the rise and fall of Toyota. Their system was based upon full employee engagement.

What we do defines us, it is part of our identity, and we bring as human beings a whole set of complex multi-dimensional issues to the table because it is how we are made. Fortune magazine pointed out that Gen Y wants to belong to a world that works towards a more sustainable world, and that they want to make a net positive impact – they seek regeneration.