The Gestalt Switch to the Human-OS 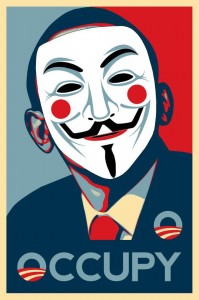 Introduction: In Necessity Hath no Law, I made the observation that when people feel powerless, their style of reaction takes us back to a different age and a different time. Visceral protest. These reactions are representative of, I would argue, a desire to reclaim a moral economy, something that Amartya Sen describes in his work The Idea of Justice. Or social justice, as Sen asks, ‘is justice an ideal, forever beyond our grasp, or something that may actually guide our practical decisions and enhance our lives?

In The Life and Death of Democracy, John Keane points out that when democracy takes hold of people’s lives, it gives them a glimpse of the contingency of things. They are, he says: ‘injected with the feeling that the world can be other than it is – that situations can be countered, outcomes altered, people’s lives changed through individual and collective action.’ Do people feel this today? Democracy, says Keane, ‘thrives on humility and a shared sense of equality among citizens needs to be visceral’. 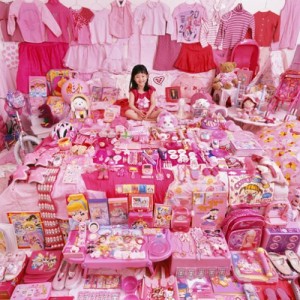 Is our current democracy built today on a shared sense of equality? We work to shop; we’re educated via the mass media to demonstrate our wealth through material gain. We even go to war and get sent shopping. After 9/11, America was a nation traumatised, consumed by grief and fear, President George W. Bush had the opportunity to show true statesmanship and unite his people. Yet, all he asked of his people was to go shopping. Pure consumerism according to Tibor Scitovsky is the The Joyless Economy, which has become recognised as a study of people’s happiness in relation to consumption. Sociologist C. Wright Mills observed in 1951 that working Americans found themselves trapped in corridors and offices, unable to envisage, let alone take charge of, the entirety of their work or their lives. We built citadels to consumerism and when we fall into recession or war or both, the only escape exit according to our political leaders is to shop till we drop. As J. G. Ballard so eloquently put it: ‘to be a consumer is to be a citizen; where ownership of a loyalty card represents membership of humanity itself; and where spiritual experience takes the form of retail epiphany’. Lizabeth Cohen argues that mass consumption is deeply embedded into economic systems, in our political culture, in people’s relationships to government, in the dynamics of power in the family. ‘I think it’s unrealistic to think that we will disentangle citizenship and consumerism any time soon’, she adds. Chindogu is a Japanese word for all the useless things we might be tempted to buy, but as Charles Handy wrote: ‘If buoyant consumer demand means a world full of junk, it’s hard to see why we would want to work so hard for it?’

Defenders of market capitalism say it’s an essential contributor to liberty and democracy because it’s the engine of material prosperity and underpins freedom of choice. Benjamin Barber, for example, argued that capitalism and democracy delivered on this promise when capitalism was about producing goods that met human needs. Yet that time has evaporated. Companies now work very hard to engineer ‘needs’ and marketeers convince those with money to buy them. So Viagra and Botox are readily available while, in developing countries, drugs to combat life-threatening malaria and diarrhoea are not. In the modern era, it’s not so much a case of democracy and capitalism as it is democracy or capitalism. Or, as Barber puts it: 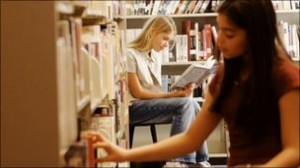 Knowledge to improve citizenry and society

The spiritual bankruptcy of the mass consumer society: The greatest modes of cultural expression in the Middle Ages were directed towards the service of religion, whilst the Renaissance was largely engaged with the recreation of cities in the service of an emergent monarchy. By the Enlightenment, that emphasis switched to the development of knowledge to improve citizenry and society. Thus grew the 19th-century cultural institutions of museum, galleries, public libraries and symphony halls: all aimed at democratising knowledge to uplift and improve people to suit the emerging conditions of the industrial era and nation state. A century later, that cultural world was plundered and ravished by right-wing market economists who argued that the consumer is always right and that the effectiveness of the arts or culture had to be measured in quantitative factors. The tyranny of numbers was at work again, although it’s interesting to note that when civilisations fail, the only thing left that endures is its art. What price are we going to pay when we strip ourselves of the qualities that make us what we are? The constant pressure to consume has come at a very high price for humanity. And we are paying for it with our very existence. 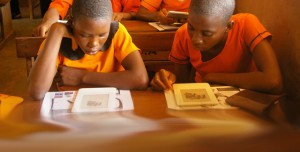 What does the Human-OS want? 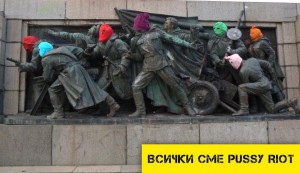 Evolution of Democracy driven by deep societal needs: The origins of democracy and by default how we manage to fundamentally get on with each other, evolves the democratic process over time to act as a control mechanism over power relationships that affect us through the myriad spectrums of local, regional, national and international life. Since 1945, many of our pressing issues (often contrary to state interests) have been forced into consciousness not by ‘political parties, elections, legislatures and governments’, but mainly by people checking and confronting political power that ‘run parallel to – and are often positioned against – the orthodox mechanisms of party-based politics’. So today I think we are forcing something else into consciousness – a desire for humanity to live in a way that is not only defined by the XLS sheet, the quarterly numbers and inspections and tests. This is what I call the Human-OS (operating system), as Charles Malik observed – if humanity felt that the various institutions of governance failed us we would take matters into our own hands. This is the Gestalt Switch, which has flicked on the Human-OS it is a response to our current crisis.

What this OS wants: This OS wants greater opportunity, greater freedom, greater empowerment, a revitalized sense of justice, a world where mutualism and participatory cultures are the default setting, where openness is seen as resilience and diversity is understood as a good thing, where we have greater autonomy and that seeks a greater aesthetic in everything we do: beautiful buildings, civic spaces, organizational design, it is as easy to make something beautiful as it is to make it ugly. So why choose the latter over the former? That question has always baffled me other than knowing ugly thoughts realize ugly realities.

This OS is the key driver to the systems change we are witnessing. I see this Human-OS in the transformational change of all the examples cited in No Straight Lines: from agriculture, hospital design, and healthcare service design, educational programmes, the response to complex civic challenges, manufacturing, NGO’s, the nature of finance, innovation and commerce itself. This OS is the story of why our networked world with its new Human OS is directing the shape of our post industrial future, which is why on the floors of our factories, in the waiting rooms of our hospitals, the classrooms of our schools, people are asking not what if – but how. How can we create a world designed around the wider needs of humanity, and that serves that humanity in ways in which our industrial society no longer can. As others have observed, when you get institutional failure you lose the right to lead and people learn to get what they need from each other – that is essentially what is happening.

There is also the well-documented insight that technology only succeeds when it meets fundamental human needs – if we are currently wrapping an interactive socially orientated communications membrane around the world we have to understand this is what the Human-OS wants.

It demands we rethink a few things; how we educate our young, how we teach business, our sense of ourselves in relation to our communities and civic spaces the nature of the organisation and political institutions, legal frameworks, the nature of work, happiness and play.

Happily ever after? What happens next will not happen by divine right. The good shall not inherit the earth; professional politicians have not delivered us a secure and safe world, and we cannot leave it to those who, motivated by a mixture of rage and fear, wish to enforce more fundamental ideologies on us all. So we have to work at it – individual and collective accountability demands us to become participants, because as like any road map there is no one superhighway to the future, but a series of interlocked roads and other topographical features that will challenge the ultimate outcome for us all – we are at a dramatic moment of how do we get from here to there?

Consider a world where we are exhausted by the penetration of all things market driven into the arterial life of democracy, combined with fatalism, disaffection and the violence which has been done to others in the cause of democracy – why should we care? It makes you stop and wonder, and its here that we feel the sense of optimism – Renaissances are historical acts of rebirth, and paradoxically the idea that we can all have a hand in shaping our world anew has witnessed a recent surge of energy and ‘creativity’.  The true idea of democracy is that we can just get on with each other, even in complex multifaith and culturally diverse societies. The rough and tumble of humanity is what it’s all about and it is this capacity to collectively solve problems that is what makes us unique.

It time for an upgrade.