Tim Campbell on what makes a smart city 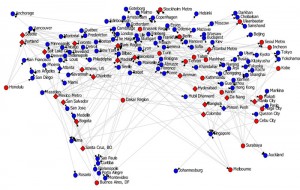 Our urban environments are under strain, whether that be, the birthplace of the Garden City Letchworth, or cities such as Odense in Denmark, larger one like Bristol, or megacities like Seoul (Taking the Seoul Train to the Sharing Economy Part I). Cities and our urban environments are being tested. And for the vast majority of us 7 billion plus – life is local so we are being tested too. Our identities, lives, economies are shaped by physical place, a village, a town or a quarter of a city. And we need to tend to those spaces with great care, because without place and community we don’t have much. Place means so much and always will. For almost a decade, corporate giants like IBM and Cisco have been banging the smart city technology drum. We’ve long been promised great things: more energy efficient power grids, an end to traffic jams and even rubbish bins that let you know when they’re full. The truth is, all of these “smart city” initiatives actually only reflect the most basic functionalities of the Internet of Things (IoT). The true potential for smart cities is so much greater, so much more interesting, and so much more important. The key insight is the need to understand what is below the surface and to examine the mechanisms which affect the way cities learn and then connect together. That is to create the conditions of continuous learning and innovation. As Shakespeare wrote in Coriolanus ‘what is a city but its people.’

Here Tim Campbell explores what he thinks a smart city is and is not.