What does the imprisonment of Andrew Auernheimer tell us? 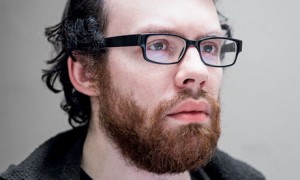 No matter what the outcome, I will not be broken. I am antifragile, tweeted Andrew Auernheimer before he was wrestled to the floor in a US courtroom and received 41 months for hacking into the the database of AT&T and redistributing that information into the public domain (source The Guardian). On the same day two teenage football stars convicted of drugging and raping a 16-year-old girl in Steubenville, Ohio – videotaping her and urinating on her – are receiving sentences of one and two years.

The article explores the clear division between a linear hierarchical establishment and the motivations of people wanting a different type of world (a non-linear world) and their way of expressing their frustration, anger, is to hack the establishment. Clearly seen as piracy, from those inside the citadel looking out. But the motivations of hackers people is clearly more complex.

After the death of Aaron Swartz, I became aware of lots of other Aaron Swartzes out there – hackers and pirates and activists facing prison for their ideology of internet freedom. It felt like a concerted worldwide prosecutorial effort to subdue a movement. So I began approaching them. I decided to contact only those people facing imminent imprisonment or trial. What in their lives had led them to that moment? How were they dealing with it?

The research undertaken with No Straight Lines leads me to make this observation:

When people feel powerless, their style of reaction takes us back to a different age and a different time. Visceral protest. These reactions are representative of, I would argue, a desire for a moral economy, something that Amartya Sen describes in his work The Idea of Justice. Or social justice, as Sen asks, ‘is justice an ideal, forever beyond our grasp, or something that may actually guide our practical decisions and enhance our lives?’ Which also connects to Manual Castells work on Communication Power, where he argues that we live in the midst of a revolution in communication technologies that affects the way in which people feel, think, and behave. The media he says has become the space where power duals are played out. Because I believe all social revolutions are enabled by communication technologies and social revolutions are ignited by concentrations of unaccountable power. People are pushing against this power, contesting it and arguing for its redistribution.